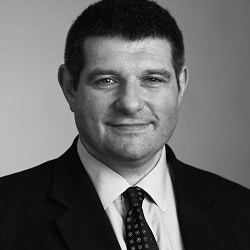 The drive towards online or virtual justice puts advocacy and professional standards at risk, delegates at the Bar Council’s annual conference heard on Saturday.

Tom Leech QC, head of the advocacy group at the City firm Herbert Smith Freehills, warned that the ambition to move more smaller litigation online ran the risk that junior barristers would have less chance to gain advocacy experience.

This meant barristers would not develop the skills needed to be able to conduct those large and more complex cases which would end up in court, although he predicted such cases would in future be fewer in number.

Speaking at a session on commercial disputes in an uncertain age, Mr Leech said that online or virtual hearings, in which advocates were not physically present in a courtroom with the judge, also put at risk the professional standards and integrity of the Bar.

It was, he said, easier to make a bad point online than when you were looking into the eyes of the judge in the court.

Amanda Pinto QC, the chair-elect of the Bar Council, warned that a decline in the standards of the Bar would have knock-on effect among the judiciary and the international reputation of the legal profession in England and Wales.

To ameliorate the problem predicted by Mr Leech, she suggested that junior barristers could gain experience doing pro bono work.

Responding to a question after giving a keynote speech on the progress and impact of the government’s £1bn court reform programme, Lady Justice Thirlwell, the deputy senior presiding judge for England and Wales, said she had not heard of any concerns raised that the push to online justice would adversely affect advocacy or professional standards.