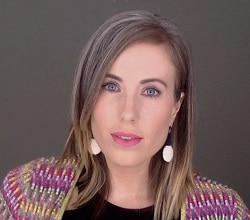 The Ministry of Justice is at risk of freezing out a large number of vulnerable people from accessing the online court if it does not reshape its strategy for assisting the ‘digitally excluded’, according to a major study commissioned by the Civil Justice Council (CJC).

Meanwhile, addressing the same issue, a separate report for legal campaign group JUSTICE called for further research targeted at hard-to-reach groups, such as the homeless and detainees.

The report into so-called assisted digital services (ADS), written for the CJC by academic Dr Catrina Denvir and UCL’s Centre for Access to Justice, said the Ministry of Justice and HM Courts and Tribunal Service’s (HMCTS) distinction between vulnerable groups’ digital and legal capability was “not sustainable”.

She explained: “That users undertake a range of activities online is not to say that they have the capability to undertake legal processes online. Digital capability is not the same as legal capability and both forms of capability are likely to be required to successfully navigate an online court.”

She called for further research and warned that, if the distinction was not dropped, “the public will struggle to understand the limited scope of ADS and this may result in higher use of ADS services by those who are ineligible”.

It continued that the authors were “concerned about digital exclusion from online justice services – including the proposed online court for lower-value civil claims and the risk that technology might exacerbate existing barriers to justice.”

It concluded: “People can be digitally disadvantaged in many ways – including through an inability to access the internet or digital devices, lack of basic digital skills, or problems with confidence and motivation.”

Among JUSTICE’s recommendations were that further research into people’s behaviours in using ADS should be undertaken and results made public.

It urged that “specific attention should be paid to solutions for highly excluded groups, like homeless people and detainees”.

The online court should be future-proofed “as new developments offer opportunities for improved accessibility”; should utilise popular technology such as mobile phones; and it should be designed “with an independent ‘look and feel’ to reflect the constitutional independence of the courts”.

An HMCTS spokesman said: “We have developed the online civil money claims service to be user-friendly and simple so that legal assistance is not required. A dedicated support team is also on hand to those with no digital skills or internet access.

“Feedback has been extremely positive with satisfaction levels at 90% but we will continue listen to users as we develop the system.”

On Wednesday, giving evidence to MPs, HMCTS chief executive Susan Acland-Hood pledged that non-digital systems would remain alongside digital ones so vulnerable groups would not be left behind.