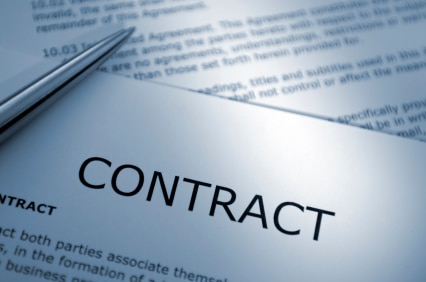 An entrepreneur who developed a web-based contract checking service almost five years ago is to launch another venture along the same lines, it has emerged.

So far the UK business has a network of 30 lawyers – mainly retired, semi-retired or on maternity leave. All supply their expertise on a freelance basis.

A network of 200 attorneys will shortly staff a US arm, contractreviewexperts.com.

His former venture has since been renamed Tact Law and offers contract review, debt recovery support and legal templates.

When Check-A-Contract was sold in 2015, it had 40 UK-based lawyers and a US portal served by more than 200 attorneys. The business planned an expansion into Europe which did not happen after it was sold.

Mr Ehlers was released from the non-compete clause in his sale contract in July and launched the new venture immediately.

As with the previous venture, the service targets individuals and small businesses needing help with contracts, offering a fast turnaround by a panel of solicitors who review uploaded documents for a fixed fee.

Mr Ehlers told Legal Futures that other factors different in 2017 were that “the affiliate system is better, the technology is faster, and there is a lot more that can be added to the whole thing – with social media the awareness goes further”.

The entrepreneur, who has lived in Spain for the past two years, said plans for European expansion had been revived with the new venture.

He said Brexit was providing multiple opportunities for online contract services, but he had not yet decided how to exploit them. “All the balls are in the air at the moment. There are contracts everywhere… there is room for anything and everything – for expansion, for franchises.”

Contractreviewexperts has a variable pricing structure ranging from £99 for a basic contract review up to a premium service of £199 per contract, including direct lawyer access and back-up.

Mr Ehrlers said the US business was not quite ready for launch. A former Check-A-Contract attorney with “registrations in pretty much every US state” would handle recruitment vetting. When the number of approved attorneys reached 200, the service would launch.