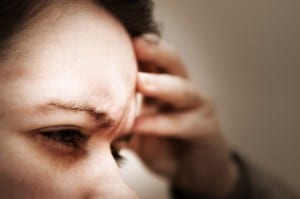 Around a sixth of practising solicitors – and a quarter of those working in-house – say they have been bullied in the workplace, according to a survey on wellbeing in the profession.

Almost one in five of solicitors suffer from severe stress or worse, the figures also suggest.

The survey said that 6% have experienced sexual harassment and more than one in ten suffer discrimination. Of the 168 respondents who had experienced discrimination, almost two-thirds attributed it to their gender, followed by age, ethnicity and social class.

The shock results emerged from a preliminary analysis of the Law Society’s 2012 omnibus survey, which canvassed around 1,500 practising certificate (PC) holders.

Of the 17% of PC holders overall who said they had been bullied, the worst affected worked in government (25%) and commerce and industry (23%), whereas in private practice the figure was 16%.

In a paper presented to the society’s membership board on creating a ‘wellbeing strategy’ for solicitors – which includes a significant annual grant to the LawCare charity – its corporate responsibility specialist, Kate Walmsley, described the bullying, sexual harassment and discrimination figures “are clearly too high”.

She continued: “A strategy to address and support members in this position is important for the financial and reputational cost to the profession and the Law Society.” But she argued the results were “not significantly higher than in other sectors”, while initial research indicated that few professions are being more proactive in offering support to their members than the Law Society.

In a breakdown of the figures on stress, the omnibus survey revealed that only 5% of PC holders denied experiencing any stress at all at work. A quarter said they had “mild” stress, 51% “moderate” stress, 14% “severe” stress and 4% “extreme” stress. Overwhelmingly the principal cause of stress was identified to be “the demands of the role (workload, work patterns, and the work environment)”.

The survey also showed just 18% of PC holders on average knew about LawCare, while almost two-thirds knew about the Solicitors Benevolent Association. The society should use its “communications channels” to boost awareness of services available to those who need them, the report recommended.

When asked by the omnibus survey where they would seek help if they experienced problems in the workplace, 45% of solicitors said they would turn to senior staff in their firm or organisation, 25% to human resources, 10% to friends or family, and 9% to the Law Society.

The report stressed the omnibus survey results had not been fully analysed and “should be treated as indicative”.