One in ten legal advice agencies facing closure next year 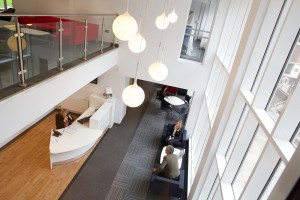 Most agencies had made “major changes”

One in ten legal advice agencies warn that they are likely to close next year, a report for the Ministry of Justice (MoJ) has revealed.

The report, by Ipsos Mori, was based on telephone interviews with 718 agencies, almost half the total of 1,462, carried out early this year.

It found that more than half of not-for-profit providers of legal advice in England and Wales (54%), had been required to make “major changes” as a result of the cuts in legal aid scope and eligibility introduced by LASPO in April 2013.

Researchers said organisations that currently or previously held a legal aid contract, which tended to be the larger and longer established agencies, were more likely to agree that they needed to adapt.

The most popular change was investment in new technology, with 61% saying they had done this since April 2013, particularly the larger agencies such as Citizens Advice Bureaux.

Over a quarter (28%) expanded the geographical area they covered, with 23% moving to alternative premises and 16% reducing the size of their premises.

A significant minority (8%) had introduced fee-charging for some of their services. A similar-sized group had reduced the geographical area they served.

The report uncovered a high level of uncertainty, with 39% of agencies saying at the start of this year that they were uncertain of their funding for legal advice during the financial year 2015-16.

Agencies likely to be most certain about their funding in the future were those with higher incomes, which had either increased or stabilised since LASPO.

Only 10% of agencies offered online services such as Skype or live chat, while 8% used automated systems with no advisor input.

The report found that the categories of advice most commonly offered by agencies were those that had been largely or partly removed from scope by LASPO – welfare benefits, debt and housing.

Researchers concluded: “The overall findings show that while some organisations have seen decreases in funding, client numbers and their workforce since 2013/14, roughly equal proportions of responding organisations have experienced growth in these areas.”