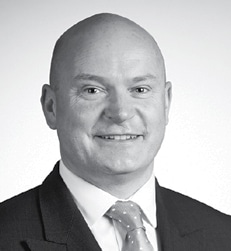 Murphy: firms on the up but should be cautious

Almost one in four top-250 law firms are considering securing some form of external equity investment, according to a survey.

Of those who indicated they may seek it, the highest proportion said they would look to raise between £5m and £20m, many of them to fund acquisitions.

The annual survey by investment and accountancy giant Smith & Williamson – the 20th year running it has been conducted – spoke to 98 managing partners and senior managers among top-250 firms in September 2014, including 46 from the top 100, of which 18 came from the top 50.

It also found that 96% were confident about the year to come, up from 82% last year, showing confidence in the UK’s economy among law firms at its highest since 2006.

But three-quarters echoed a PwC report on top 100 firms published last month and reported that the business environment had become more competitive in the past 12 months, with pressure on fees and profitability.

Firms were responding to the tougher climate with increasing investment in IT and in training. Almost seven out of ten were planning to invest in IT in the next year, and over half had done so in the past year. A similar proportion planned to increase their spend on training.

Almost a quarter of firms (23%) said they might accept some form of external equity funding, the survey found, suggesting alternative business structures are attractive to many mid-tier firms.

In terms of the preferred type of investment, around a fifth favoured private equity, followed by high net-worth individuals and multi-disciplinary practices with external resource. Very few would consider an IPO or a sale to a publicly quoted business.

Smith & Williamson’s managing director of mergers and acquisitions, Brian Livingston, observed that there was only a “handful of private equity investors active in the legal sector” and that “the public markets may be more suitable for mid-market corporate law firms”. But he noted that “we may have to wait for some time before we see the first UK-listed legal trailblazer”.

In other findings, the appetite for mergers fell this year, with 21% saying they expected to merge or were seeking a merger partner, compared to 29% last year. The survey speculated this “may be a reflection of firms being under slightly less financial pressure and therefore feeling less compelled to merge with another firm”.

“This probably reflects the negative experience of many firms in outsourcing overseas, where the challenges have often outweighed the benefits. Firms are increasingly looking to outsource to someone they know, such as a regional office within the firm, rather than taking a leap into the unknown.”

Giles Murphy, the firm’s head of professional practices, said that optimism for the future had to be tempered. “While many firms seem to be on the up, they must now learn the lessons of the recent past and beware the perils of over-trading as economic pressures ease. Our survey suggests that some critical restructuring issues remain unresolved.”