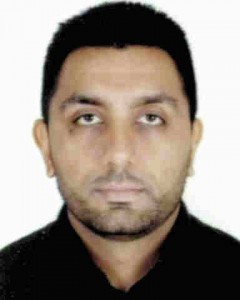 A former solicitor who obtained almost £1m through stamp duty fraud has been sentenced to 10 years in jail.

Shameer Sacranie, 40, from Leicester is believed to have fled the country and was sentenced in his absence last week at Nottingham Crown Court. He was arrested in 2011 and struck off the following year.

Investigations by HM Revenue and Customs (HMRC) showed that he had fraudulently reduced the amount of stamp duty payable on 139 properties and kept the difference.

Stuart Taylor, assistant director in the criminal investigation department of HMRC, said: “As a solicitor, Sacranie knew only too well what the consequences of his actions would be. To abuse the trust of his clients was a despicable act, stealing money that had been paid by them in good faith to meet their tax liabilities.

“Today’s sentence should serve as a reminder to those who hold positions of trust that the justice system takes a firm line on those who fall foul of the law.”

Local newspaper reports say that Mr Sacranie told the police that the tax schemes were legal and exploited a loophole in the law, but it was common ground between the prosecution and defence that there was no evidence to support this.

Local law firm Lawson-West Commercial is acting for several of Mr Sacranie’s former clients, who are now facing bills from HMRC, in seeking to recoup their losses from the Solicitors Compensation Fund and the insurers of his firm, SFS Legal.

Striking him off the roll of solicitors in 2012, the Solicitors Disciplinary Tribunal (SDT) said Mr Sacranie had “made certain admissions in correspondence but had shown no evidence of remorse for his actions and instead had sought to rely on spurious explanations which had been shown to have been untrue and dishonest”.

The SDT said his conduct had shown a “blatant disregard for his professional obligations and included breaches of the core duties which underpinned all of the other rules”.

Mr Sacranie was found to have deliberately misled the SRA and his own clients including lender clients. All 19 allegations against him were proved, ranging from breaches of the solicitors’ accounts rules to breaches of the code of conduct.

The conduct breaches included acting where there was a conflict of interest, failing to make disclosures to lender clients and failing to provide information requested by the SRA.

Mr Sacranie was also accused of failing to ensure that lenders were aware of all relevant information, obtaining money from lenders in “circumstances where he was not entitled to do so” and misleading the SRA.

The SRA also alleged that SFS Legal had “operated under different trading styles when acting for the seller, buyer and lender in property transactions, giving the impression that each party was represented by a different firm when it was not.”