Ombudsman takes solicitors to court for failing to comply with orders 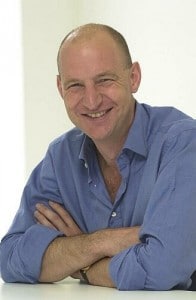 Sampson: regrettable we had to take these steps

The Legal Ombudsman (LeO) has brought its first enforcement actions in the county court after two law firms failed to comply with its orders.

In the first case, LeO had told the solicitors to pay £2,650 compensation to their client for paying money to a third party without authorisation.

The firm finally agreed to pay the money after the action was launched, and on Monday a district judge at Birmingham County Court ordered the firm to pay LeO’s £1,215 costs.

In the second case, a different firm had mismanaged work for a property owner and LeO had ordered it to pay the client £5,704 in compensation.

When the firm failed to comply, LeO issued proceedings for the court’s permission to enforce the decision as if it were a court judgment.

The firm initially tried to argue that the decision was defective but agreed to settle late in the day after LeO produced “the relevant legal materials”. It also agreed to pay LeO’s costs of £1,000. The hearing was adjourned for 28 days for this to be done.

Adam Sampson, the Chief Legal Ombudsman, said: “These are the first such enforcement proceedings we’ve brought under the Legal Services Act 2007. It’s regrettable that we had to take these steps, and that the firms didn’t act more promptly to bring matters to a close for the complainants.

“The cases are a reminder that ombudsman decisions, once accepted by complainants, are binding. Lawyers need to remember that our decisions are enforceable through the courts and that failure to comply promptly can mean an unnecessary expense.

“Those who don’t comply are likely to have to pay costs ordered by the courts, and risk being referred by us on conduct grounds to their regulatory body.”

Earlier this year, LeO made under the Act by seeking a court order to force a solicitor to provide access to documents.