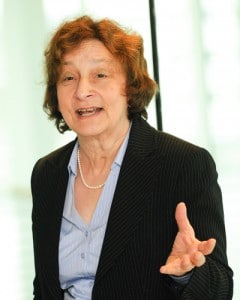 France: data itself should not be the story

The changing legal market brings with it “more potential for confusion” among consumers, justice minister Jonathan Djanogly acknowledged last week, making the role of the Legal Ombudsman (LeO) even more important in future.

Meanwhile, controversial quarterly complaints data on more than 700 legal entities is being held back for extra accuracy checking by the LeO due to a recognition that it is bound to “create waves” within the profession, it has been confirmed.

Speaking at a reception in London to launch LeO’s 2011/12 annual report last week, Mr Djanogly observed that LeO’s parent body, the Office for Legal Complaints (OLC), had survived the government’s triennial review, but “there is no room for complacency or for the organisation to rest on its laurels”.

He congratulated LeO on a successful year, but added: “Looking forward, a changing legal services market presents more challenges and more potential for confusion. That might be a as a result of alternative business structures blurring the lines of what work is regulated and what is not regulated, it could be a greater use of IT, or it could be a move towards the commoditisation of some kinds of legal work.

“The willingness to not only provide an effective complaints-handling process but also look at the bigger picture is what makes the work of the OLC and [LeO] key organisations in maintaining and improving the high regard with which the legal profession is held in this country and abroad.”

Elizabeth France, chair of the OLC, said she wanted to avoid the accuracy of the quarterly complaints data – which will be published as a table summarising the number of ombudsman decisions applied to each legal entity, the outcome of the complaints, and the area of law – becoming the story upon publication, instead of the meaning of the data itself.

Chief Legal Ombudsman, Adam Sampson, told Legal Futures: “Because it’s the first set of data we’re going to publish and because we know this stuff is going to create waves, we want to make sure… it is as robust as it can be and presented in as helpful way as it can be.”

He said the data would involve the names of 700-800 different legal entities.

Mr Sampson said he could not name the date of publication but that it would be “weeks” before the data was ready. He was aware that publishing during the holiday season could – wrongly – either be characterised as an attempt to “sneak” information into the public domain, or an effort to make headlines during the news agenda “silly season”.

Also speaking during a Q&A at the reception, Eileen Pembridge, well-known family lawyer and senior partner of London firm Fisher Meredith, complained that LeO officials were writing to her firm and demanding “large quantities of documents” about complaints, but neglecting to provide identifying information about the client involved . This created much work for the firm, she said.

Mr Sampson said it was a matter LeO had to address, but also that a balance had to be struck. “There are always going to be tensions between our obligations to run a business as efficiently as possible and making life easier for lawyers with complaints”.

Rising to the defence of LeO, leading regulatory solicitor Andrew Hopper QC said the number of complaints made to him by solicitors in relation to LeO had so far been “invisibly small”, especially when compared to the Solicitors Regulation Authority “on a daily basis”. He described this situation as “extraordinarily healthy and somewhat surprising”.