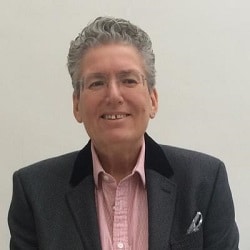 Solicitors have demanded to know how the Legal Ombudsman (LeO) intends to reduce the cost of its work to an all-time low at the same time that it is seeking extra funds to deal with an unexpected rise in complaints.

Meanwhile, the Bar has urged LeO to investigate the reason behind a drop in the confidence lawyers have in the service, despite the fact that it upholds only a minority of complaints.

The representative bodies were responding to a four-week consultation on LeO’s 2018-19 strategy and business plan, which ended this week.

In the introduction, Wanda Goldwag, chair of the Office for Legal Complaints (OLC), which oversees LeO, said the OLC was seeking a one-off payment for the next financial year.

The extra cost would be offset, according to the budget, by subletting a quarter of the LeO offices to another public body from this April.

Ms Goldwag added that cost of complaints relating to claims management companies (CMC) was falling. The CMC jurisdiction will transfer from LeO to the Financial Ombudsman Service not earlier than April 2019.

The Law Society said: “With inflationary pressures, this is an ambitious plan [to reduce] the unit cost of dealing with a complaint to a historic low of £1,484.

“While bringing the unit cost down would reflect an efficient service in line with other ombudsman services, further information should be set out to explain how the ombudsman can achieve such a reduction in unit cost.”

President Joe Egan said: “We support LeO’s focus on high-quality investigation and decisions. But we would like to see more detail on how the ombudsman will manage to reduce the cost of dealing with complaints.”

Meanwhile, in its generally positive response  to the consultation the Bar Council asked the LeO to investigate falling confidence levels in the ombudsman among lawyers compared to complainants

It said: “It is not simply a case of lawyers being disappointed to lose, as LeO only upholds a minority of complaints. It suggests that LeO needs to reassess its performance by reference to doing justice to providers.“