OIC mixed claims: 14 months on and still no nearer the Court of Appeal 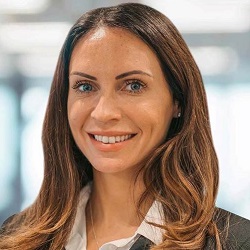 Baldwin: The inefficiencies in the OIC remain

Little progress has been made in the plan to take test cases of so-called mixed claims from the Official Injury Claim (OIC) portal to the Court of Appeal, it admitted yesterday.

From before the OIC’s launch last year, it was recognised that judicial guidance would be needed to value damages for pain, suffering and loss of amenity where a claimant suffered both a whiplash injury, to which the tariff applied, and a non-tariff injury.

The latest OIC statistics show that two-thirds of the 280,000 claims submitted to the portal in its first year – to 31 May 2022 – were mixed claims.

An update from a cross-sector working group made up of the Association of British Insurers, Association of Personal Injury Lawyers and Motor Accident Solicitors Society said only that they had agreed the basis on which the trio would work together to ensure that cases reach the court “at the earliest opportunity”.

Both sides have instructed lawyers: Andrew Parker, head of strategic litigation at DAC Beachcroft for defendants, and Mark Harvey, head of the specialist claims group at Hugh James, for claimants.

They were coordinating the selection of claims to use as test cases, the update said.

“First instance judgements are now starting to be handed down. The respective lawyers are very interested in hearing about these, so that they can consider suitability to form part of the wider basket of test cases that will head towards the Court of Appeal.”

The delay in resolving the mixed claims issue will have contributed too to the lengthening time it is taking OIC cases to settle.

The most recent OIC figures showed that nearly 35,000 claims settled in the first year, with the average time from claim to settlement being 175 days, up from 139 in the previous quarter.

“This is to be expected as we see cases settle with more complex injuries and longer prognoses. It is likely to continue to rise,” the OIC said.

Where mixed claims were settled – and there were more than 12,000 in all – the value of the non-tariff element averaged slightly more for unrepresented claimants than represented ones – £924 versus £896.

Matthew Maxwell Scott, executive director of the Association of Consumer Support Organisations (ACSO), said the figures showed that 36% of claimants were waiting for more than six months to have their claim settled.

This was “no advertisement for what we were promised would be a state-of-the art-digital journey, built around the needs of the consumer”. He urged minsters to consider putting settlement targets in place

Separately, the latest claims data from the Compensation Recovery Unit (CRU) – obtained by ACSO from a freedom of information request – showed that motor claims recorded for April to June 2022, at 93,113, are slightly below the previous three months’ figure (97,099), but more significantly 1,860 lower than the equivalent period in 2020, which was the height of the Covid lockdown.

Mr Maxwell Scott said: “Given there has been a bounce back in UK traffic levels since then, we would expect the number of RTAs largely to mirror these, but it is simply not the case.

“We’ve now had a whole year’s data for motor claims where every quarter shows the number recorded by the CRU to be below 100,000.

“As the three-month average before the pandemic was around 160,000, this means some quarter of a million claims we might have expected to be recorded have disappeared.”

He acknowledged that driving habits have changed but said one explanation “must be that genuinely injured people are not claiming when they could”.

He added: “This might be because the OIC process is too complex, or simply because they don’t know about it. Ministers might count this as a success, but those with an interest in preserving access to justice will think otherwise.”

Jenni Baldwin, managing director of essential legal services at Slater & Gordon, argued that the CRU figures showed the OIC was not working “anywhere near as well as it should be”.

She said: “We have continued to see claims management companies exiting the market as a result of the portal being set up, which has also led to the drop in the figures.

“Yet it is clear that the customer experience is a world away from what it should be; the inefficiencies remain and it is deterring people from making claims. Only by talking to, and listening to, the industry can any progress be made.”