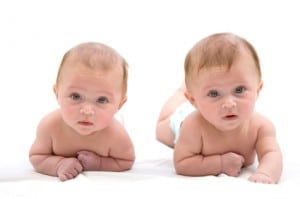 I’ll pretend I’m for the claimant, you pretend you’re for the defendant

Barristers and chambers staff now have access to a nursery nears the Inns of Court in the first of what could be a national network of childcare facilities.

The Bar Nursery has been launched by the Bar Council in partnership with Smithfield House Children’s Nursery, five years after the idea was first mooted.

It is open to the children of barristers, chambers staff and Bar Council employees aged eight weeks to five years between 7am and 7pm, five days a week. The long opening hours are designed to help those whose practice involves extensive travel to appear in courts all over the country.

The Bar Council said further nurseries may be set up outside London, similarly geared to the working lives of barristers with young children, depending on local demand.

The Bar Council exit survey in 2011 showed that 28% of women left because of childcare responsibilities. It also found women were more likely to leave on account of inflexible working arrangements, the pressure of work and desire to spend time with their family.

Bar Council chairman Maura McGowan QC said: “The Bar Council is committed to supporting parents and ensuring that the profession retains its best people. Owing to the nature of work at the Bar, many parents find it exceptionally difficult to juggle childcare responsibilities with their ever-changing work schedule, particularly those barristers who regularly appear in court, which can mean travelling to different towns every day.

“It is important that members of the profession are not discouraged from starting a family because of their work, which could have a detrimental effect particularly on the number of women choosing a career at the Bar, and could see talented practitioners leaving the self-employed Bar for a more stable working life in employed practice, or even another profession.

“I have no doubt that the nursery will be exceptionally popular, and hope to announce further Bar Nursery launches in the near future.”