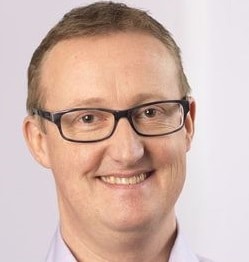 Numeracy skills will be “massively more important in the new world of legal services delivery”, the co-founder of “legal engineers” Wavelength Law has predicted.

Drew Winlaw, the firm’s COO and senior legal engineer, said he believed there would be more solicitors in the future, as new technology and automation generated new kinds of disputes.

Speaking during a panel session at the first of three regional SRA Innovate events in Cambridge, Mr Winlaw said Wavelength’s teams of lawyers and technologists worked both for law firms and in-house for companies.

He said that while different legal technologies could solve parts of a problem, Wavelength could look at “problems in their entirety”. The firm, an alternative business structure (ABS) based in Cambridge, was founded two years ago [1], employed 14 people and was “growing fast”.

Mr Winlaw, a former commercial lawyer, predicted two “waves” of technological change in the legal market, the first marked by the application of technology to niche areas which would grow at the expense of others, the second by consolidation as “beautifully automated services” finally delivered the “much greater price transparency” demanded by consumers.

He said there would be more solicitors, rather than fewer, as technology and automation produced a new range of legal disputes.

However, he warned that along with greatly improved numeracy skills, the legal profession of the future would have to train lawyers in statistics.

Karl Chapman, chief executive of fellow ABS Riverview Law, predicted that England and Wales would take a greater “share of the global market”, but that did not necessarily mean more lawyers.

“The share of the market taken by traditional law firms will reduce and be taken over by new entrants and the top four accountants. More work will be done in-house.”

Mr Chapman said using the word ‘partnerships’ to describe some law firms reminded him of the novel 1984 because all they amounted to was “loose franchises where partners think they can take their customers somewhere else”.

He went on: “Technology will win. It will change the relationship between users and providers. The only question is the pace of adoption.” He predicted “some pain” as cultural change was “always very difficult”.

He said 90% of Riverview’s work was carried out for fixed fees, which was not only good for customers but “drove the right behaviour” from law firms, with Riverview’s lawyers using technology to double their caseload.

Mr Chapman said that, with the role of solicitors “completely changing”, there were “massive problems” with legal education, which was failing to prepare lawyers for today, let alone the future.

He said solicitors should no longer be rewarded based on their post-qualification experience (PQE), because it could be “really bad PQE”. He said Riverview used salary bands to ensure its staff were paid according to the value they delivered

“There’s an artificial salary bubble in the legal world. Salary expectations at the corporate law firms are too high and can’t be sustained.”

Richard Tromans, founder of Tromans Consulting, said the “fundamental change” for the legal sector would come when, instead of being the product of “artisanal skills”, legal work was automated.

Mr Tromans said that despite the “tremendous work” done by the Solicitors Regulation Authority in encouraging new business structures, it was only now that the way legal work was produced was changing and becoming automated, with City law firms leading the way.

“With ABSs and Slater & Gordon, everyone thought ‘this is it’, but nothing really changed. Now, with technology, it is changing. Work that was done by lawyers will be done by machines, whether you like it or not.”

He added: “I don’t see any point in them, apart from photocopying.”