Number and turnover of personal injury CMCs continues to tumble 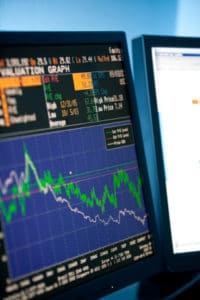 The turnover of personal injury claims management companies (CMCs) has continued to tumble over the past year, falling 41% in just two years to £182m, according to the Ministry of Justice, which also highlighted how CMCs that offer damages-based agreements are struggling to comply with the law.

The claims management annual report showed that the number of PI CMCs has also fallen over the same period, but not as dramatically – down from 979 to 752 (23%).

The report said: “Despite this volatility, there remains a core of more established CMCs with more than four out of five CMCs having now been regulated for more than three years.”

The total declared industry turnover for the 12 months to 30 November 2016 was £726m, a decrease of 3% on the previous year. The turnover of CMCs specialising in financial products and services grew to £541m, even though their number also fell, by 15%.

Overall the top 25 highest grossing CMCs accounted for 56% of the total turnover declared by the industry.

The report said: “An ongoing feature of the [PI] market is the general contraction since the implementation of the referral fee ban in April 2013, with an overall reduction of 68% from 2,316 authorised personal injury CMCs just prior to the referral fee ban.

“The profile of the sector remains similar to previous years, with a handful of large CMCs operating nationally, each working with a panel of solicitors, retaining a dominant position at one end of the market and, a majority of small, locally operated CMCs working with a single solicitor at the other end of the scale.

“For many of these smaller CMCs, personal injury work is now subsidiary to other ancillary business activities, such as accident management, vehicle recovery, storage, repair and vehicle hire.”

The regulator said it has focused on a small number of CMCs that enter into a contract with PI clients under a damages based agreement – sometimes the solicitor handling the claim will also receive a percentage of the damages.

“These agreements are regulated by specific legislation (the Damages Based Agreement Regulations 2013) and many of the CMCs that we have audited are failing to comply with all aspects of those regulations and/or our rules.

“Following our enquiries and subsequent advice and action, most of these CMCs have ceased using this model and have adapted their operations ensuring they fully comply with the referral fee ban.”

Unsurprisingly, the report highlighted the rapid increase in activity in the holiday sickness claims market, with the regulator establishing a dedicated team and starting a programme of audits of CMCs.

On the enforcement side, the regulator investigated 43 authorised CMCs and 32 businesses suspected of providing claims management services without authorisation. It issued 196 warnings to CMCs “and advised hundreds more”, often following the 369 audits it conducted and 942 visits made.

The report said the co-ordinated work carried out by the claims management regulator and others, such as the Information Commissioner’s Office and Ofcom, on cold calling has been “accompanied by notable decreases in reports of and complaints about nuisance calls in the personal injury and PPI claim sectors during the year”.