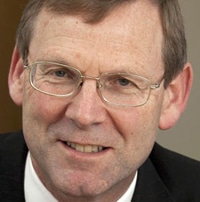 There has been a sharp fall in the number of solicitors struck off, suspended, fined or reprimanded by the Solicitors Disciplinary Tribunal (SDT), its annual report has shown.

The SDT has also expressed concern about the growing number of members of the public seeking to bring private prosecutions against solicitors.

The annual report covers the 16 months to 31 August 2014 as the SDT begins to move its reporting period in line with its financial year, but still the number of solicitors sanctioned is lower than in the previous year.

The falls come against a background of reducing referrals to the SDT in the first place – from 239 in 2011/12 to 166 in 2012/13 and 134 for the 16 months to 31 August 2014. This is likely to reflect the relatively new powers of the Solicitors Regulation Authority (SRA) to reprimand solicitors and fine them up to £2,000 without needing to refer them to the SDT, as well as to enter regulatory settlement agreements.

SDT president Andrew Spooner said, however, that the number of sitting days at the tribunal per case is increasing “as cases coming before it are often more complex and more fiercely contested than has been the case in the last”.

Writing in the report, SDT chief executive Susan Humble said there had been a “significant increase” in the number of consumer bids to prosecute. There were 12 in the 16-month period, of which two were accepted. In three cases the applications were adjourned to enable the SRA to investigate, while in the remaining seven, a panel decided that there was no case to answer.

Ms Humble said: “In some ways this is a worrying trend in spite of providing evidence of increasing consumer empowerment. A lay application to the SDT should rarely be first choice for the consumer if legal consumer complaints procedures are working effectively.

“The most common reason given for sending proceedings to the SDT is that the consumer either does not understand or does not know why their complaint has been rejected by other bodies, including the Legal Ombudsman and Solicitors Regulation Authority. This indicates that there is still much work to do to inform and educate consumers.”

Ms Humble also laid out the SDT’s opposition to the SRA’s bid to increase its fining powers. All such fines are appealable to the tribunal.

“The tribunal has strong public interest reasons for opposing such an increase, with particular emphasis on independence, impartiality and transparency. The SDT feels uncomfortable about this development, which could realistically result in a perception by the public and legal services providers that the SRA is acting as investigator, prosecutor, jury and sentencing judge in what would be an exercise carried out on the papers without oral hearing.”

Ms Humble stressed that the SDT was not taking this position out of self-interest or a desire to maintain its workload, suggesting that the change would lead to more appeals to the tribunal.

Last week it emerged that the number of barristers disbarred or suspended had risen.