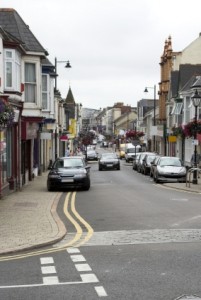 The number of qualified solicitors in private practice fell last year for the first time since records began.

A new legal service market assessment by the Law Society also warned that that a small number of successful alternative business structures (ABSs) could radically reshape the market for high street legal services, leading many law firms to close.

The assessment found that between 2011 and 2012, the number of practising solicitors employed in large firms with 26 or more partners was relatively stable at 36,500 – although this hid the fact that the largest firms of 81 or more partners increased headcount by 4%, while it fell by 5% in the smaller practices.

However, the 51,184 solicitors employed in small and medium-sized firms in July 2012 had marginally slipped from 2011 and reflected the first decrease in total practising certificate holders since the figures were first collated.

Explanations for the downturn included the 24% drop in new admissions of solicitors “largely due to the low initial interest in the Qualified Lawyers Transfer Scheme”, as well as stricter immigration restrictions deterring foreign interest.

The report, the second in a series of three, examined the supply side of the legal services sector, looking at the top 200 firms, small and medium-sized firms, advocates and in-house lawyers. It identified key drivers for change in the sector and how different groups of legal services providers have responded to them.

One of those key drivers is ABSs, but amongst the top 200 law firms, only 7% saw ABS as an opportunity for growth, according to research.

The report suggested that the “apparent lack of interest” in ABSs amongst the biggest firms was due to a reluctance to cede ownership control; that specialisms were more attractive to large corporate clients than external ownership or cost; and that international firms operate in jurisdictions where ABSs are not currently permitted.

However, the report suggested that ‘new entry’ ABSs did have “the potential to trigger change” in the top 200 group, highlighting the impact of Cooperative Legal Services’ rising turnover and profit.

For small and medium-sized firms, the assessment described a “hostile environment” of interconnected issues putting them “under pressure”. These included legal aid and civil costs reforms, employment law reforms, ABSs, liberalisation of the legal sector, and new business models such as virtual firms.

It said: “The trends in these economic drivers suggest that continued downward pressure on turnover and profitability of small and medium turnover firms is likely over the short to medium term at least. This could presage increasing mergers and buyouts in the sector, and possibly closure of some firms.”

The report speculated that the level of merger activity, along with the solicitor staffing patterns, showed wealth is concentrating in those with the “greatest of scale”.

In contrast, firms outside the top 200 face “aggressive competition” from peers, but also other providers of legal services on a large scale at fixed prices. For personal injury, legal aid and conveyancing firms, ‘economies of scale’ and business models geared towards lowering costs may be crucial for survival, it said.

“Given the fact that the vast majority of firms (small and medium) contribute just over one-third of income generated by SRA-regulated firms in England and Wales and the work undertaken is being targeted by well-capitalised ABSs, it is entirely possible that a small number of successful ABSs could radically alter the shape of supply of typical ‘high street’ services.

“If a small number of entities dominates the supply of retail services, the overall number of solicitor firms could be reduced very significantly.”