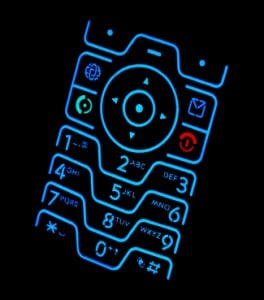 The number of people receiving unsolicited personal injury marketing messages has changed little in the last three years, research by YouGov has found.

Despite the ban on referral fees and government efforts to crack down on unsolicited messages, the poll found that 62% of consumers had been approached during 2014 – down from 67% in 2012 – with telephone calls the most common method, reported by 49% of respondents.

The vast majority of adults (94%) said such approaches did not work, while 3% said they had been persuaded by a phone call to make a claim.

The research found that almost half of adults making a claim (48%) had originally intended not to do so but changed their minds. Three in 10 did so of their own free will, while 17% were contacted directly by an adviser who persuaded them to make a claim.

Meanwhile, claims management company What’s My Claim Worth Ltd has been rapped over the knuckles by the Advertising Standards Authority (ASA) for not making clear in a television advert that calls from mobiles to its 0800 number would not be free – although as of 1 July, they now are.

The advert, which urged viewers to call for free, featured on-screen qualifying text stating that ‘standard operator rates apply’. A complainant said it was misleading to say that the call would be free.

Upholding the complaint, the ASA noted that, although the qualifying text appeared under the telephone number, it was not shown when the words ‘call us free’ were on screen.

Clearcast, which vets TV adverts, argued that the qualifying text provided sufficient warning for viewers who were unaware that 0800 calls were only automatically free from landlines.

The ASA said: “However, the text ‘standard operator rates apply’ did not refer to the difference in the cost of calls from landlines and mobile phones, and we considered that the text would not be sufficient to alert such viewers to the fact that calls might not be free from mobile phones.

“We considered that viewers would interpret the claim to mean that calls would always be free, unless the ad made clear that that was not the case. Because the ad did not make clear that calls from mobile phones might not be free, we concluded that the ad was misleading.

The ASA has told What’s My Claim Worth to ensure that in future it made clear when the cost of a call would not be free.