Number of SRA investigations lasting more than a year hits 1,000 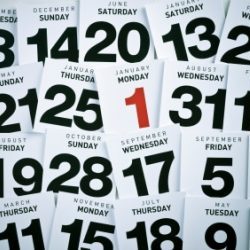 The Solicitors Regulation Authority (SRA) has set out plans to reverse the increase in the time it takes to investigate complaints, after the number of cases open for more than 12 months topped 1,000 last year.

The overall median time to conclude investigations increased from 280 days in 2019/20 to 320 days in 2020/21, although 93% of complaints the regulator receives still conclude within 12 months.

A newly published paper before the most recent meeting of the SRA board identified three main reasons for investigation times increasing: cases becoming more complex; capability and capacity problems; and issues beyond the SRA’s control, such as the impact of the pandemic and criminal prosecutions or similar involving the solicitor concerned.

“We have identified, over the last few years, a growing number of cases involving multiple allegations or parties, and the rise of sensitive and complex cases such as sexual misconduct, concerns around office working environments, anti-money laundering and investment fraud,” the paper said.

“These can involve newly evolving regulatory issues where we need specialist legal advice. We have also seen an increased need to commission detailed on-site forensic investigations.”

But it said the SRA has developed experience in dealing with many of these and so, “while cases in this category are likely to continue to be a challenge, we would expect to see the numbers reduce over the next 12 months”.

The paper listed various process problems, such as not adequately analysing the regulatory issues being presented, “which determine the scope and shape of our investigation from the start”, and losing early opportunities to collect key evidence.

“Without this rigour upfront, some of our investigations were evolving piecemeal over time rather than in an efficient focused way.”

The board heard that staff have taken immediate actions to reduce the number of aged cases, “including developing clear plans to prioritise action and set targets on individual cases, using overtime and enhanced monitoring to ensure these are delivered”.

As a result, the number of cases open for more than two years had fallen by 18% to 251 by the end of January, with a target to reduce it to below 100 by November.

The SRA has also recruited 12 new investigation officers who begin work this month.

To tackle “some of the root causes of delay”, the regulator has begun a project to look at both “opportunities to streamline our processes and how we use resources within our processes more generally”.

Among the early suggestions taking a more robust approach to non-compliance.

“We propose to introduce a process whereby a limited number of opportunities are provided to respondents to respond to requests for documents or information before alternative options for progressing the matter are considered, and the non-cooperation issue is separately sanctioned.”

There are also new key performance indicators for case progression: 93% of complaints to be concluded within 12 months, 95% within 18 months, and 98% within 24 months.