Number of conveyancing firms continues to fall amid consolidation 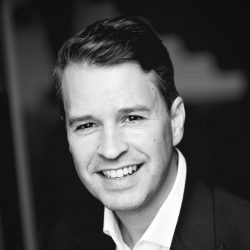 The number of law firms involved in conveyancing has dropped below 4,000 for the first time for many years, according to new research.

The quarterly tracker survey produced by property data company Search Acumen also found that the top 1,000 conveyancers now control more than three-quarters of the market – again for the first time.

Land Registry figures showed that the total number of active conveyancing firms stood at 3,961, a decrease of 369 firms (9%) from five years ago and around 800 fewer than in 2011, when the figures were first released.

However, the share of the market taken by the top five conveyancing firms has shrunk in the past five years, from over 8% to 5.5%.

Search Acumen said ‘occasional conveyancers’ had been hit the hardest as the number of firms processing between one and five transactions a month was 230 firms or 14% down on five years ago.

The number of firms handling fewer than 50 transactions was also down – by 10% on five years ago to another all-time low.

Search Acumen said the average number of transactions handled by firms this year, at 65, was up 11% on five years ago, as “fewer active firms are left competing for business”.

Andy Sommerville, director of Search Acumen, commented: “The consolidation of the market continues in conveyancing. However, while larger firms are processing a higher share of activity, it would be a mistake for them to rest on their laurels.

“As smaller firms that tend to operate on a more local scale are increasingly squeezed out of the market, we risk seeing a consequent fallout of their specialist knowledge.”

Mr Sommerville said technology, including efforts by the government to digitise property data, could play a “crucial role” in compensating for this.

“Our analysis shows that average number of cases conveyancing firms dealt with in Q1 2019 still remains relatively healthy even in the face of market headwinds. However, going forward we expect a prevailing sense of uncertainty until the ongoing political fog lifts across the UK.”