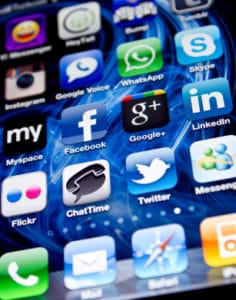 The number of barristers disbarred has more than doubled, the Bar Standards Board (BSB) has said, with most of the cases relating to criminal convictions.

The BSB warned that although it was investigating a declining total number of complaints, the number involving use of social media by barristers was increasing.

In its annual enforcement report for the period April 1 2016 to March 31 2017, the regulator said there was a “significant rise” in disbarments, from seven to 19.

Although suspensions declined (from nine to five), the number of barristers fined increased from 16 to 25, and reprimanded from 10 to 16.

However, the BSB said the “underlying trend” was that new complaints were declining, and “consequently the numbers of investigations and disciplinary cases are also decreasing”.

However, the regulator described use of social media as a “live and very pertinent issue”, generating an “increasing number” of complaints.

“Many of the complaints are dismissed as being legitimate expressions of opinions. Even though the comments may be offensive to some, or indeed many, as a regulator we need to balance our regulatory reach with barristers’ rights to express their views.”

Without naming him, the BSB referred to the case of unregistered barrister Ian Millard, disbarred for a series of racist and anti-Semitic tweets in October last year. As a result of the case, the regulator said it had published updated guidance in February this year.

The BSB warned that “as social media and the internet become more prominent in our daily lives, there is an increasing need for barristers to be very careful about what they post whether in their professional or personal lives”.

The regulator said the volume of information received about possible misconduct by barristers, known as “pre-complaints”, rose to 960 in 2016-17 from 882 the year before.

Reports of serious misconduct also increased, from 80 to 110, but only 53% of them resulted in a formal complaint being raised, which the BSB said indicated that barristers were “rightly erring on the side of caution”.

The BSB opened investigations on 366 complaints in 2016/17, more than 15% fewer than last year and the lowest number for five years.

“It is still too early to tell whether this this is an isolated occurrence or the start of an upwards trend in receipt of complaints.”

However, the year ended with a “very sharp increase” in the number of external complaints received, with 91 registered in the last quarter – the highest number in the last five years.

The largest category of external complaints involved “misleading the court” (19%), following by “making misleading submissions or statements” (16%), “inappropriate communications with clients or others” and “inappropriate handling of information or evidence”.

The BSB said the average time to conclude a complaint had decreased by over 1.5 months in the last two years, from 4.4 months to 2.8 months, and 80% of decisions were taken within its targets of eight weeks for initial assessment, five months for concluding internal complaint investigations and eight months for external complaints.

“We are constantly seeking to improve the efficiency of the way in which we deal with enforcement issues and this report demonstrates that we are indeed making improvements.”