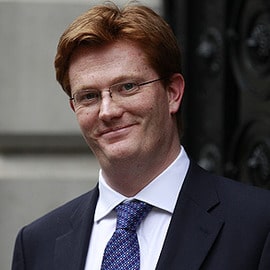 Service companies that law firms and others use to employ their staff and shift profit could be the next target of the government tax avoidance crackdown, the Chief Secretary to the Treasury Danny Alexander has indicated.

With the outcome of the Treasury’s consultation on changes to partnership tax still awaited, Danny Alexander’s speech to the Liberal Democrats conference in Glasgow is set to put further pressure on law firms’ financial arrangements.

Mr Alexander said: “We are cutting corporation tax to encourage firms to invest. But not to give the wealthy a way to avoid the 45p income tax rate…

“We will… be closing the loophole that allows partners in partnerships to structure their staff arrangements so that they avoid the correct amount of income tax. It’s wrong, it’s unfair, and it’s got to stop. And with Liberal Democrats in government, it will.”

Andrew Allen, head of the legal sector at accountants Francis Clark, said law firms have used service companies in their trading structures, for a variety of reasons, for many decades, but Mr Alexander appeared to be focusing only on their role in tax planning rather than the commercial reasons why such structures are often used.

A typical simple structure would involve an LLP and a limited company, he explained. The LLP would be the business that provides the legal advice to the client and would most likely be the regulated entity. The limited company (the service company) would typically engage the employees and sell their services to the LLP with a small profit margin. Often the service company will also incur other direct costs and charge these on at a margin in a similar way.

In tax terms this has the effect of transferring the profit earned away from the LLP and into the company where, while they are retained in the business, are only taxed at corporation tax rates rather than income tax rates in the LLP.

Mr Allen said firms’ arrangements are often more complex; some have a tax mitigation motive whilst others will be commercially focused, such as to partially incorporate the business, to profit share with key employees without making them regulated members of the LLP, and to secure external investment without involving non-lawyer ownership of a law firm directly.

“There are already some complex tax rules in place that regulate the operation of these entities but the announcement by the Chief Secretary signals further potential hurdles may be introduced,” Mr Allen said.

“My instinct is that in the future we will see more law firms trading with their core business remaining in an LLP, due to its inherent flexibility, but with a partial incorporation through a company of some aspect of their business activities – possible non-reserved legal services.

“It is very difficult to see how HMRC could, or would want, to put in legislation that could prevent businesses incorporating part of their business but we will have to wait and see.”