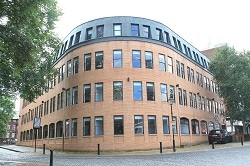 The Solicitors Regulation Authority (SRA) has today shut down Bolton firm Coops Law, less than three months since it took over the practice of controversial practice Asons, which was also closed down by the regulator.

A notice issued by the SRA said an adjudication panel “was satisfied that there is reason to suspect dishonesty on the part of Mr Irfan Khan Akram in connection with Coops Law Ltd’s business”.

This meant it was necessary to intervene to protect the interests of clients. Also, the panel was satisfied that Coops Law Ltd has not complied with the terms of its alternative business structure (ABS) licence.

Mr Akram is a non-solicitor and the ABS’s head of finance and administration. Munir Majid, former head of industrial disease at Asons, is the head of legal practice.

Mr Majid’s practice has also been intervened in on the basis that he has “failed to comply” with unspecified rules.

In late March, Asons ceased trading and was sold to Coops Law, with the SRA then stepping in at Asons on the general ground that it was necessary to protect the interests of clients and former clients, meaning the actual cause was not clear.

The regulator made clear to Coops Law – the new name of ABS Banks Solicitors – that the staff who moved over from Asons could not work on any of their old cases, all of which were in the possession of the SRA.

Also in March, Coops Law’s head office address was changed to that of Asons.