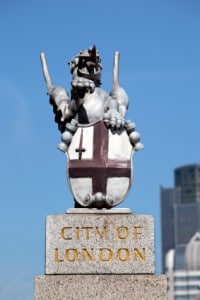 A significant earnings gap has opened up between solicitors working in the south of England and those in the north in a surprise reversal of fortunes, according to a survey.

Last year’s survey showed the 2012 earnings of solicitors in the north were comfortably ahead of their counterparts in the south, excluding Greater London, with median earnings of £47,000 compared to £40,500 respectively.

But the 2013 survey showed a dramatic turnaround, with solicitors in the south reporting median earnings of £45,000 while those in the north struggled on £37,500. A breakdown of regions showed that both the north-west and north-east had suffered an identical drop to £37,500.

Unsurprisingly, given the salaries paid by the big City firms, Greater London continued to outpace median earnings elsewhere by a huge margin in 2013, at £73,000, although this was barely up from £72,000 the year before. The top quarter of equity partners in London earned £320,000 on average, while the bottom quarter brought in £85,000.

In 2013 Wales showed improved median earnings at £41,000. The previous year, Wales had shown the poorest performance of any region, at £38,000 around half of those in London, which the survey’s authors then explained as “a likely reflection of the size of practices typically found in these regions, the type and volume of work they undertake and differences in living allowance costs. ”

Unsurprisingly, median earnings within private practices increased as the size of the firm increased. Overall, solicitors working in sole practices earned an average of £42,000 and those working in the largest firms – with 81 or more partners – earned £76,000.

Across all pay grades, the gap narrowed between those solicitors doing legal aid work and their counterparts who did none. Last year the legal aid solicitors earned on average £36,000, compared to £60,000 with no legally-aided clients. In 2013 the figures were respectively £40,000 and £56,000.

The gender gap continued to widen slightly, with men earning more than women at each grade – from associate/assistant solicitor up to equity partner. But a gender pay gap of 30% was described by the authors as “a slight, although not strictly statistically significant increase on the 26.7% difference in earnings found in 2012”. For the in-house sector, the gender gap remained consistent at 27.8%.

Law Society chief executive Des Hudson said there were many contributory factors to gender earnings disparity, but echoed the president of the Supreme Court, Lord Neuberger, who last week called for a “culture change” in attitudes to women lawyers in law firms.

Mr Hudson said: “A solicitor’s salary should reflect their experience and skills, not their gender. We encourage employers to judge a solicitor on merit rather than on their background or the number of hours clocked up each week.

“A culture of transparency with salaries, along with a proactive approach to flexible working can narrow the gender pay gap but clearly there needs to be a change of thinking within the profession for this to have a significant impact. “