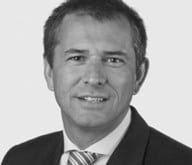 Keystone Law – the pioneering dispersed law firm – has marked its formal conversion to alternative business structure status by announcing that it is to take its model to Australia.

Keystone has more than 130 senior lawyers working from home, supported by a central London hub, and is looking to attract 25 solicitors in Australia ahead of a launch in March 2014.

The head office will be in Sydney although the firm’s focus will be nationwide, and the plan is to grow to 75 solicitors within two years of launch. Its recruitment campaign begins tomorrow.

James Knight, Keystone’s managing director, described Australia as “the most relevant market for this particular model”, and that over the years he had been approached by various lawyers in Australia about it.

In 2009 this included, he revealed, an approach by listed Australian firm Slater & Gordon to form a joint venture to take Keystone there. After 18 months of talks, however, Slaters shifted its strategy to focus on the UK instead.

Nonetheless, Keystone has continued to research and analyse the Australian market, and Mr Knight said this showed “very significant demand for the Keystone model… The Australian psyche is not far removed from our own and the business culture is changing as much in Australia as in this country”.

Logistical aspects of Keystone’s launch are being handled by Sydney-based business consultant Lucas Fuller, who has been working on the project since 2010. Mr Knight said he hoped to announce the senior management, including a managing partner, either this year or early next.

“Considering how similar our two legal systems are, it’s probably not that surprising that what Keystone has to offer looks like it will be just as attractive in Australia as it has proved to be in the UK,” he continued.

“At the end of the day, clients are always happy to get better service and better value and most senior lawyers crave more autonomy but more support.”

Keystone was granted its ABS licence in August, effective last week, so that non-solicitor co-founder Charles Stringer could become a director. Mr Knight said he would consider seeking external investment for the Australian operation.

Keystone’s first international foray came in July when it opened an office in Guernsey. Mr Knight said three more jurisdictions are on the radar, including South Africa.