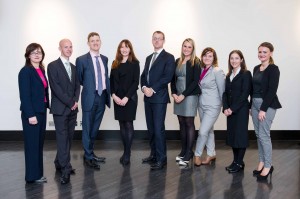 BT Law, the alternative business structure launched by BT in March 2013, is providing employment law services to four external clients, it has emerged.

The ABS, which mainly offers personal injury services to other companies, said that at the time of its launch that it was keen to expand to other areas of law

Employment lawyer James Ward said: “We signed our first external client relatively quickly. By the end of May this year we were acting for an external client in a discrimination claim.

“A graduate was claiming discrimination as part of a large company’s recruitment process and we successfully defended the claim at a preliminary hearing in the summer.

“We have had an ongoing relationship with other two medium-sized firms, one of them French, for advice and support, since the early part of this year.”

Mr Ward said the fourth client coming to BT Law for employment advice was Moorehouse Consulting, which gives advice on business transformation, and was formerly part of BT.

He explained that staff at BT Law’s employment department, which currently numbers around 20 solicitors and the same number of paralegals, are employed on secondment from BT plc.

Mr Ward: “As we see it, we’re a unique offering, because, as part of a large organisation, we are experienced in a broad range of people issues. Being seconded to BT Law means we can work more flexibly for a wide range of companies.

“Because we are in-house lawyers, we can appreciate issues from a more pragmatic and commercial point of view than merely a strict legal perspective.

“When organisations instruct us, we become in effect their in-house legal adviser. We partner with them and that is how they see the relationship.”

He went on: “Although the idea of ABSs was termed ‘Tesco Law’, Tesco never moved into the space and no other corporations like us have dipped their toes in this market. No organisation is doing what we’re doing”.

Mr Ward said that unlike Co-operative Legal Services, BT Law acted for businesses. “We would like to forge a relationship with some of the household names who are instructing us on personal injury work, such as Chubb, EDF, or Network Rail.”