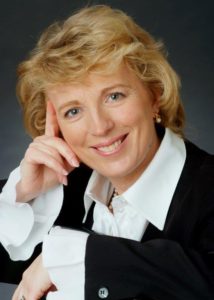 Hudgells Solicitors has opened up a new front in the battle over the government’s proposed personal injury (PI) reforms by saying that there is a far better and easier way to reform rehabilitation provision that does not involve “the unexpected and dangerous reforms hidden away at the back of its recent consultation”.

The well-known national PI practice said that simply making the Rehabilitation Code compulsory, rather than voluntary as at present, would address any concerns that may exist.

While the focus of attention since publication of the consultation has been on the increase in the small claims limit and restriction or removal of general damages, it also asks for views on measures to reduce the potential for fraud in rehabilitation and cut financial links between solicitors and rehabilitation providers.

However, the consultation paper cites no proper evidence of problems, referring just to concerns that have been raised “by a number of sources” and to “anecdotal evidence”.

The options for reform include what Hudgells described as “drastic measures” such as requiring claimants with low-value claims to fund any rehabilitation costs – like a course of physiotherapy – themselves, rather than have them paid by the party who caused the injury.

The firm said this could lead to claimants not seeking the help they need and their injury persisting for longer than necessary or turning to the NHS instead at the expense of the taxpayer.

The consultation paper makes no mention of the Rehabilitation Code, a pan-industry agreed framework that enables claimant representatives and compensators to work together on rehabilitation.

Amanda Stevens, group head of legal practice at Hudgells and a prime mover behind the Rehabilitation Code, said: “All sides of the personal injury industry have co-operated to create a way of delivering rehabilitation that works for the injured person first and foremost, but also the paying party, lawyers and providers.

“The code, which was only revised last year, contains industry-agreed safeguards to ensure compensators are not forced into accepting a course of treatment or cost they are unhappy with, so I cannot understand why the Ministry of Justice is contemplating drastic reform to address an unspecified potential for fraud.

“There is a simple and quick win here – while the Civil Procedure Rules recommend the Rehabilitation Code, its use remains voluntary. Making the code a compulsory part of the claims process will ensure that best practice is adhered to by all, without the need for the Ministry of Justice to take risks with the recovery of claimants from their injuries.”