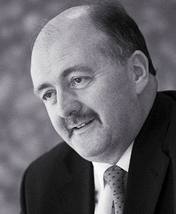 The prospect of industrial action over the Quality Assurance Scheme for Advocates (QASA) moved a major step closer yesterday after barristers on the Northern Circuit overwhelmingly supported a boycott.

All the circuits are having similar debates ahead of the roll-out of QASA later this year, initially on the Western and Midlands Circuits. This is the first one to declare its hand after polling the 478 self-declared criminal practitioners on the Nothern Circuit.

In a secret ballot, supervised by a retired circuit judge, 458 members said they will refuse to sign up to QASA – with two votes spoiled – while 460 said that if practitioners on the Western and Midlands Circuits refuse to apply for QASA accreditation, they would refuse to accept instructions on those circuits. There were no ‘No’ votes recorded.

Rick Pratt QC, Leader of the Northern Circuit, said: “Virtually every criminal practitioner on the Circuit has declared that they will not sign up for the current QASA scheme.

“We are not opposed to the principle of quality assurance. We welcome regulation which makes quality of advocacy the determining factor as to who should appear in court and at what level of case.

“But the current scheme does not achieve that aim. It rewards competence, not excellence. It will mean that the lowest common denominator becomes the norm rather than the very high standards which we have always valued.”

Mr Pratt said he hoped the ballot would persuade the Bar Standards Board that this was not the standpoint of a “noisy minority” – a reference to BSB chair Baroness Deech’s description of QASA opponents in a recent blog on Legal Futures – but the overwhelming majority, “both on this Circuit and others”.

He continued: “Simply put, the scheme is not fit for purpose. It must be re-visited and reconstructed into something which will give the public and profession what its name suggests – genuine assurance as to quality of advocacy in criminal courts.”

The Criminal Bar Association, which is co-ordinating barristers’ opposition to QASA, has said there needs to be solid support for a boycott to work, including pledges from counsel outside those circuits affected first not to step in and take the work.