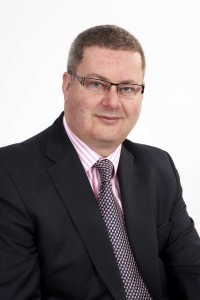 In the year it converted from a legal disciplinary practice with a non-lawyer partner to an ABS, Express also saw its caseloads grow by 45% – aided by a £2.5m marketing spend – secured a £4.1m refinancing package from RBS Corporate and acquire Lavin Copitch Solicitors.

Headcount grew from 130 to 163, including 54 fee-earners and 15 partners, and managing partner James Maxey said he wanted to increase the number of fee-earners by around a quarter in the coming year.

Mr Maxey said: “As a firm, we had planned and prepared for LAPSO and the Jackson reforms, so are in a strong position. Our ABS licence means we can bring more non-legal professionals into the fold to help us further improve the quality of our services and make more investments.

“We’ve had consistently strong growth in profitability over the years despite the changes in law that actually make it harder for personal injury law firms to succeed and have a solid growth strategy in place to ensure future success.”

Meanwhile, Stephensons – which has offices in Manchester, London, Altrincham, Bolton, Wigan, St Helens and Leigh – posted a turnover of £17.7m for the last financial year, with profits of £4.6m, up 8.3% and 5.1% respectively. Staff numbers have increased from 380 to 470.

Stephensons is a broad-based practice that has implemented fixed fees across most departments in the last year.

Managing partner Andrew Welch said: “The legal sector has experienced many challenges and changes, not least the removal of legal aid in some areas of law, as well as new entrants to the market, a lot of consolidation/mergers and the decline of some high street practices.

“Against this backdrop, we’re incredibly proud of our growth over the last five years, with turnover up by 40% and profits up by 86% in a five-year period.”

While upgrading its offices, Mr Welch said the internet has become a strong source of work for Stephensons. “We are able to act for clients at a distance without compromising the service they receive. These initiatives are all geared towards helping Stephensons develop further into a nationally recognised law firm.”

Slater & Gordon confirmed yesterday that it is talks with Leo Abse & Cohen (LAC), which has 150 members of staff in offices in Bristol, Cardiff, Exeter, Newport, Swansea, Swindon, Taunton and Truro.

Neil Kinsella, head of UK at Slater & Gordon, said: “We have made no secret of our ambition to be the leading provider of legal services to people across the UK. As the legal services market continues to consolidate we are always looking for opportunities which align with our aims.

“We are in discussions with a number of firms and organisations. Naturally these include LAC given similarity of their values to Slater & Gordon in priding themselves in delivering high quality, affordable legal services, and their pre-eminent reputation in Cardiff.

“We have been in conversations with LAC for a number of months but these discussions are in the preliminary stages and as yet there is no agreement between LAC and Slater & Gordon as to the basis of any potential future relationship.”

Ron Zammit, chief executive of LAC, said: “As the legal services market continues to consolidate we have had discussions with a number of firms and organisations to explore ways of providing quality legal services, cost effectively, for the benefit of our clients.

“We are a significant force in the South Wales legal market and we are exploring ways of working with others to provide benefits to LAC clients. At this time we have had preliminary discussions with Slater & Gordon as they have with other firms and organisations.

“There is no agreement between LAC and Slater & Gordon as to the basis of a relationship and if it will progress but we are in a time of unprecedented change in the market and we are exploring all avenues available to adapt to the new landscape.”