Norfolk councils plan ABS to increase revenue and client base 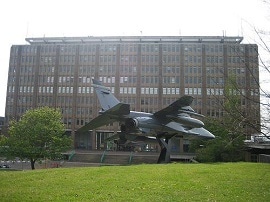 Norfolk County Council HQ: ABS to be set up as subsidiary

A shared legal services between four local authorities in Norfolk is set to create an alternative business structure (ABS).

Norfolk Public Law – which trades as nplaw – is choosing to add the ABS alongside its existing practice, rather than transfer everything into the new company, as some other local authority legal teams have done.

According to a report to Norfolk County Council’s policy and resources committee, this is because any net profits generated by the ABS would be subject to corporation tax at 20%, so placing all trading activity within it “may not make commercial sense”.

The report said the ABS, which will be owned by the county council, would allow nplaw “to increase its client base and realise a greater share of its income from external clients” by allowing it to trade more widely than current Solicitors Regulation Authority (SRA) rules permit local government lawyers to do in a traditional structure.

“Nplaw will continue to pursue as much business as possible trading as nplaw within the current structure and regulations. The company [the ABS] will only trade in circumstances where nplaw cannot undertake the work directly.

“To satisfy SRA requirements and ensure that the activities of the company are maintained entirely separately from the nplaw in-house service, the new company will be branded independently from the in-house service.” It has been reported that this will be Anglia Law.

It said the SRA has also cautioned that the ABS “must be very aware of situations where a conflict of interest might arise”.