Solicitor who “exploited” criminal client is struck off 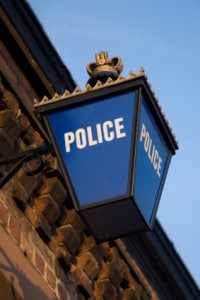 A solicitor who “exploited” a criminal client who he met in a pub by acting as advocate without authorisation and demanding a £65,000 loan has been struck off.

The Solicitors Disciplinary Tribunal (SDT) heard that despite his lack of authorisation, Stephen Paul Kettlewell charged £5,000 in fees and failed to repay the loan.

The SDT said Mr Kettlewell had “taken advantage” of the relationship with his client, who “was under enormous pressure” at the time, in order to obtain the loan.

“This was a client facing very serious criminal charges who was presented with the choice of advancing a significant sum of money to the respondent or facing the prospect of being unrepresented at court.

“The tribunal regarded this conduct as completely lacking in integrity and clearly damaging to public confidence in the provision of legal services. The failure to repay any of the money compounded matters.”

The SDT heard in SRA v Kettlewell (case no. 11223-2014) that Mr Kettlewell was director and shareholder in a company called KSL, which traded as ‘Community Fees’.

The firm was “instructed by a number of communities of proprietors based in Spain” to pursue cross-border debts, where the creditor client resided in Spain and the debtor resided in the UK.

The tribunal heard that as a result KSL made a number of applications to York County Court, although the firm was not recognised or authorised by the SRA.

Mr Kettlewell admitted making the applications, but “disputed that it constituted a reserved legal activity”.

However, a legal adviser at Northallerton Magistrates’ Court contacted the SRA in December 2011 to say that Mr Kettlewell had been acting as advocate on behalf of a criminal client, referred to as KL. The SRA sent Mr Kettlewell a warning letter.

The tribunal heard that Mr Kettlewell replied in January 2012, admitting practising without authorisation as a sole practitioner, but blaming it on a “genuine misunderstanding”.

The SDT went on: “He explained that he knew the individual and had agreed to attend court with him in order to make an application to vary his bail.

“He alleged that he was not paid for the work and had not handled client money. He apologised and provided an assurance that this mistake ‘will never happen again’. On the basis of the respondent’s explanations, the SRA took no further action.”

However, court records showed that Mr Kettlewell represented KL again at a committal hearing in March 2012, when the case was transferred to the Crown Court.

Mr Kettlewell admitted that he had “assisted” KL twice at a police station and twice at court, but denied carrying out reserved legal work.

The SDT ruled that Mr Kettlewell had undertaken reserved legal activities in issuing applications through KSL and in acting for the client KL, without authorisation by the SRA.

The tribunal also found beyond reasonable doubt that Mr Kettlewell had acted dishonestly when he told the SRA in January 2012 that he had not handled client money or been paid for acting for KL.

The SDT accepted KL’s evidence that the solicitor had been paid £5,000 in November 2011.

The tribunal also ruled that Mr Kettlewell had appeared as an advocate at Northallerton Magistrates’ Court in March 2012, despite telling the SRA he would not, and in breach of SRA Principles 1,2,6 and 7.

The solicitor was also found to have breached Principles 2 and 6 in taking money from KL in the form of a loan and failing to repay it.

The SDT heard that in July 2008 Mr Kettlewell had admitted at a previous tribunal acting dishonestly and failing to act in the best interests of clients. He was fined £5,000 and ordered to pay £4,250 in costs.

The tribunal described the solicitor’s more recent misconduct as “at the highest level” and said the only appropriate sanction was a strike-off. It ordered that Mr Kettlewell be struck off and pay costs of £22,500.