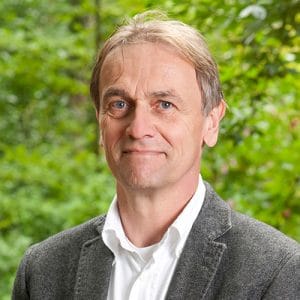 Most people around the world cannot find a just solution to their legal problems, so a new ‘value proposition’ is necessary that provides user-friendly justice at scale, is not based on litigation for resolution, and has legal aid lawyers joining with innovators, according to a massive study.

However, the future of justice was not “robotic judges or artificial intelligence layered like frosting on a poorly baked cake”, it said.

To produce Understanding justice needs: the elephant in the courtroom, Netherlands-based HiiL – the Hague Institute for Innovation of Law – used United Nations data collected from interviews with 70,000 people in 12 countries.

The elephant in the room, according to HiiL, is the present ‘justice gap’. “In order to live in just, peaceful and inclusive societies, we need to make litigation less burdensome and more responsive to human needs”, the report urged.

The authors, led by HiiL’s research director Professor Maurits Barendrecht, calculated that over 70% of the estimated 1bn people globally who had a new justice problem each year did not find a satisfactory resolution and almost half of them took no action at all.

But at the same time, the authors predicted potentially lucrative rewards for innovators who could deliver affordable justice, not least because people were willing to pay for fair solutions to their urgent problems.

Meanwhile, during a transitional stage towards a new justice model, the authors estimated resources of $5.7m per country per year were necessary.

They pointed out over-burdened legal aid lawyers and innovators had a common interest: “Courts, small NGOs and legal aid lawyers have more clients than they can serve. Innovators developing apps, online platforms, or user-friendly court procedures need clients. They share the same ambition.

“Together they can scale. So they should merge, partner and learn how to create justice journeys together.

“We have to create a lively, open ecosystem and market. Where courts buy new procedures. Where legal aid lawyers become a partner in a brand of innovative bridge-building services.”

A crucial factor in forcing legal professions to open up to new models of justice was an active legal regulator that would enforce “market transparency”.

While “change cannot be forced”, it was still necessary to create a new system: “Not delivering burdensome litigation, but aiming processes at agreements and understandings”.

It acknowledged that “parting from adversarial forms of litigation will be painful for many judges and lawyers”.

Observing which legal innovations had already taken root, the authors noted that apps aimed at avoiding future legal problems were doing well: “The most prominent innovations in this trend aim at contracts and other documents clarifying relationships such as company registrations, land registration and wills.

They added: “Prevention is king.”

HiiL’s flagship justice project for several years was Rechtwijzer – the online dispute resolution portal which folded in 2017 after failing to achieve sufficient traction with divorcing couples.

It was given only two brief mentions in the report, one of which was to observe that the “technological and human interaction challenges” of online settlement and adjudication had been solved, with high user satisfaction being recorded for those who did participate.

However, the report included an example where an online family justice portal with many of the characteristics of Rechtwijzer which, while not envisaged to have a “monopoly”, would nevertheless have “a substantial market share”, serving one in five people with family disputes.

HiiL was optimistic that technological solutions were helping to transform justice. It said: “Online platforms are a promising way to support the supply of fair solutions at scale…

“Judges are being released from courthouses and overly legalistic procedures so they can bring fair, authoritative solutions to the table when needed.”