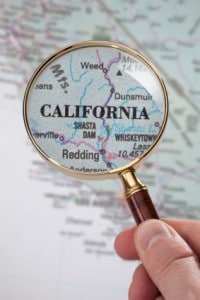 US law firms are increasingly running into trouble when they allow non-lawyers to take an active part in front-of-house relationships with clients, a top California legal regulator has revealed.

The news will throw a spotlight on the role and supervision of non-lawyers within alternative business structures in this country.

Speaking at the Solicitors Regulation Authority’s (SRA) conference for international lawyer regulators in London last week, Jayne Kim, chief prosecutor for the State Bar of California, reported that her office was seeing a growing number of complaints leading to regulatory interventions in law firms.

They resulted mainly from fraud related to property repossessions where lawyers had linked with non-lawyers in “some kind of business relationship or partnership”.

She said: “There are all kinds of trouble that happen when lawyers set up relationships with non-lawyers and are delegating way too much of the responsibility to these non-lawyers: failing to supervise them, [allowing] these non-lawyers to do the client intake, etcetera.”

Ms Kim said the California Bar last year shut down four practices that had become caught up in scams involving prospective repossessions after mortgage foreclosure. Clients had signed up with the firms thinking they were part of a legitimate law suit to obtain some kind of foreclosure relief when there was in fact no suit. They never spoke to the firm’s attorneys and all contacts, “intake, the assessment and fee collection”, was done by non-attorneys.

However, elsewhere lawyers were themselves “taking advantage of the bad economy” and engaging in fraudulent activity. This was happening in areas such as debt consolidation and bankruptcy.

One scam involved filing bankruptcy proceedings as a means of obtaining a temporary stay on mortgage foreclosure. “In reality, the proceedings are a fraud and ultimately get dismissed. The client loses his or her home and in the meantime for all those months was paying the attorney thousands of dollars,” said Ms Kim.

She admitted that the nature of the fraud had taken the California State Bar “by surprise”. In an effort to “step up our proactive efforts”, it had created a summit involving law enforcement agencies and other regulatory bodies to co-ordinate efforts to tackle fraudulent activity.