No whiplash rules until May as clock ticks down to launch 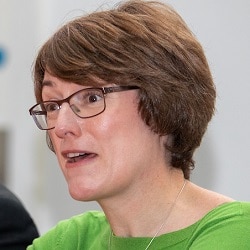 Personal injury law firms and insurers look unlikely to have sight of the new rules governing the whiplash portal until May as they were not signed off at this month’s meeting of the Civil Procedure Rule Committee (CPRC), it has emerged.

This would give them less than three months to prepare for the new regime; the lead official at the Ministry of Justice (MoJ) said earlier this month that three months was enough time.

After the CPRC deferred consideration of the new protocol and practice direction from its February meeting to March, it became inevitable that the planned implementation date of 6 April would have to change.

The MoJ duly postponed it five months to 1 August. Speaking earlier this month, Richard Hutchinson, head of the whiplash reform programme, said: “We’re hoping to give you three months between finalisation [of the rules] and go-live, and from conversations we’ve had with the ABI and other stakeholders, that was an appropriate amount of time [to get ready].”

But a statement issued yesterday by Anna Fleming, chief operating officer of the Motor Insurers Bureau – which is building the new portal for the MoJ – made it clear that the CPRC did not sign off the rules at its most recent meeting.

An update about coronavirus – in which she said MIB staff were working remotely – continued: “During these exceptional events, MIB’s work to support the Ministry of Justice’s delivery of the whiplash reforms will continue.

“Preparations to launch the new Official Injury Claim service in August are ongoing, whilst awaiting for the CPRC to confirm the whiplash reform rules in early May. In the meantime, professionals remain welcome to register for the new service.”

Asked by Legal Futures about whether this – and the impact of the coronavirus – meant a further implementation delay was on the cards, an MoJ spokeswoman said simply that officials were “continuing to work towards August”.

Meanwhile, the MoJ yesterday published a short consultation – closing on 1 April – about enhanced qualifying criteria for direct medical experts (DMEs) who want to provide medical reports to unrepresented litigants going through the portal.

The MoJ said: “In line with the new criteria for MROs we believe it is important to ensure that DMEs are also asked to demonstrate that they will be able to operate at similar high standards as MROs…

“These rules will ensure that DMEs who choose to opt-in have sufficient resources, processes and capacity to deal with the volume of instructions they choose to accept through the new Official Injury Claims service when it becomes operational on 1 August 2020.”