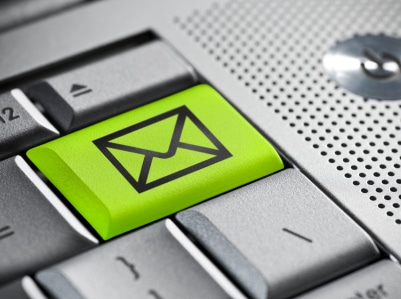 Emails: Did not prove animosity

A partner in a criminal law firm, described as “a complete c**t” by the fellow partner who went on to handle his disciplinary hearing, has lost his claim for unfair dismissal.

Employment Judge Ferguson said the evidence of personal animosity between sacked partner Paul Greenberg and David Kilty was “limited”, despite a second email from Mr Kilty describing his colleague as “a prick”.

The judge said: “I accept that the two emails in 2016 suggest that Mr Kilty bore some resentment towards the claimant arising out of professional disagreements, but they are not sufficient to demonstrate that he could not approach the disciplinary process in an impartial manner.”

Judge Ferguson said the decision by DPP Law, a national criminal law firm with six offices across the country, not to postpone the disciplinary hearing was “difficult to justify”, bearing in mind Mr Greenberg’s sick note saying he was unfit for work and that he was unable to respond to the allegations in writing.

The judge said a “reasonable employer” would “at the very least” have allowed a few more days for a written response.

However, having considered “the procedure as a whole”, including the internal appeal heard by another director, Judge Ferguson said he did not consider there was any unfairness to Mr Greenberg.

The employment tribunal heard in Greenberg v DPP Law that Mr Greenberg and Charlotte Surley, an advocate from the Public Defender Service, were handed envelopes containing cash in January 2017 by the father of a teenager charged with GBH, but released on bail in time to go home for Christmas.

Mr Greenberg later called the Law Society’s ethics helpline, which referred to the Code of Conduct, which at indicative behaviour 1.9 states that a solicitor should refuse to act in the case of gifts of “significant value” unless the client has independent legal advice.

Mr Greenberg was given more cash by the father in September 2017, after he had been attempting to take witness statements for the teenager’s trial in a Kent pub.

The solicitor said he could not take the statements because of a funeral wake in the pub. When he went to the car park, the father dropped £150 through the open window of his car before walking off.

Sue Christopher, chief executive of DPP, received an email from the Legal Aid Agency (LAA) the following month, enclosing a statement from Ms Surley expressing concern that Mr Greenberg was “topping up” his fees.

Mr Nolan launched a formal disciplinary investigation in October 2017, and Mr Greenberg was dismissed without notice and reported to the Solicitors Regulation Authority (SRA).

The SRA decided, in September 2018, to take no further action in the case, partly on the grounds that the Law Society guidance on the issue of gifts suggested “significant value” meant £500 or more.

Employment Judge Ferguson said: “There is very little evidence of such motivation, other than the undisputed fact that the claimant’s dismissal triggered the clause in the shareholder’s agreement entitling him to only 20% of his share in the business.”

He concluded that there was “nowhere near enough evidence” to demonstrate a “witch hunt” or campaign against Mr Greenberg to force him out of the firm.

The judge said DPP was “only ever concerned with the second payment”, Mr Nolan having accepted that “everyone understood that the first payment had been offered as a gift”.

The issue was whether the solicitor “knew, or should have known, that the second payment was, or might be perceived to be, a top-up payment”.

The judge said that, under the provisions of the LAA contract specification, all payments for work must go through the LAA and any other payment would be considered a “top-up” and breach DPP’s obligations.

The judge said that even if Mr Greenberg genuinely believed the £150 was a gift, it could be “grossly negligent” to accept it, if it compromised his integrity or jeopardised the LAA contract.

“Even on the claimant’s own account, the circumstances of the second payment appeared very different to the first.”

The judge said the first payment was “given to both the claimant and Ms Surley simultaneously, with a card saying ‘thank you’”, shortly after the teenager had been granted bail.

“The second was cash given only to the claimant after an unsuccessful attempt to obtain witness statements, and there was no mention of any accompanying card, note, or even any words said that would indicate it was a gift.”

Judge Ferguson concluded that Mr Greenberg’s decision to accept the £150 was “at the very least an extremely serious error of judgement and it was reasonable for the respondent to conclude that it could no longer have confidence in the claimant”.

The judge rejected the claim of unfair dismissal. He noted that Mr Greenberg intended to pursue a further claim, for wrong dismissal, in the High Court because it exceeded the employment tribunal damages limit.