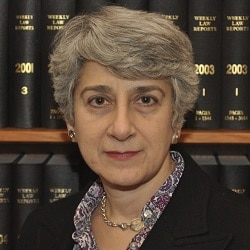 Rose: Parliament would have made it clear if an exception was intended

There are no special rules allowing regulators such as the Financial Reporting Council (FRC) to override the protection of legal professional privilege (LPP), the Court of Appeal has ruled.

The FRC argued that although the 40 documents it sought from retailer Sports Direct “did contain material that would be ordinarily be regarded as protected by LPP”, there was a “narrow exception recognised in the case law” which meant that in this case there would be no infringement.

Sports Direct responded by arguing that the case law did not establish “a principle that the production of documents to a regulator was in some circumstances not an infringement” of LPP.

Lady Justice Rose said the FRC was investigating the conduct of Sports Direct’s former auditor Grant Thornton and of an individual at that firm.

The FRC’s powers to take action when auditors are suspected of misconduct are set out in the Statutory Auditors and Third Country Auditors Regulations 2016 (SATCAR).

Rose LJ said paragraph 1(8) of regulation 10 of SATCAR was key to the appeal because it made clear that the rules requiring people to provide the FRC with information did not require them “to provide any information or create any documents which the person would be entitled to refuse to provide or produce in proceedings in the High Court on the grounds of LPP”.

Delivering judgment in Sports Direct International v the Financial Reporting Council [2020] EWCA Civ 177, Rose LJ said she agreed with Sports Direct that there was no principle that disclosure of documents to a regulator was in some circumstances not an infringement of LPP.

She also agreed that given the “clear and unambiguous terms of the limitations on SATCAR’s power to call for documents” there could be “no override of even a technical breach of privilege”.

Rose LJ said that despite “lengthy digression into the interstices” of the leading House of Lords authority Morgan Grenfell – which dealt with the powers of HM Revenue & Customs – and Court of Appeal ruling in Parry-Jones concerning the Law Society’s, “if Parliament had intended to preserve some general exception applicable where documents are sought pursuant to regulatory powers, paragraph 1(8) would not have been drafted in the way it is”.

Rose LJ added that there was “no support in the case law for a gradation of infringements of privilege or for a lower threshold to be applied when the override sought to be implied is for technical infringements only”.

The FRC also argued that, even if the emails themselves were protected by LPP, some of the attachments to those emails were pre-existing documents and were not protected simply by being attached to privileged emails. Again, Arnold J found for the regulator.

Rose LJ said counsel for Sports Direct accepted that “pre-existing documents are not covered by privilege simply because they are sent to a legal adviser”.

Rose LJ said “the proposition that what is privileged in this case is not the document but the fact of the communication of that document to a legal adviser” could not survive the Court of Appeal’s ruling in Ventouris and the case law cited in it.