No point complaining about a barrister’s conduct to head of chambers or BSB, says judge 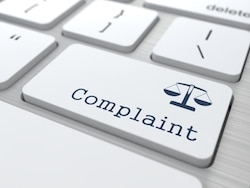 Complaint: Nowhere else for judge to air their concerns than their ruling

Complaining about a barrister’s conduct in a written ruling is usually a better way of a judge highlighting concerns than contacting their head of chambers or regulator, the Employment Appeal Tribunal has said.

His Honour Judge Shanks said his experience was that neither of those methods achieved anything.

He made the remark while dismissing a claimant’s allegation of apparent bias on the part of the original employment tribunal judge.

It is also another case involving a judge shouting at counsel, an issue that arose earlier this year in a debate about judicial bullying.

Former police constable Samantha Kidd argued that, in comprehensively dismissing her various claims against the Commissioner of the Metropolitan Police, Employment Judge Snelson had shown apparent bias in one exchange with her, and another with her counsel, a Miss Staunton.

On her exchange, Ms Kidd said the judge had asked her questions “in a forceful, condescending and sarcastic way”. By contrast, one of the lay members said he saw the questions as sympathetic.

In a ruling from February published yesterday, HHJ Shanks said the truth was probably “somewhere in the middle”. Further, it was “pretty short” as a series of questions in the great scheme of a case that involved 14 days of evidence and submissions, of which two were the claimant’s evidence.

He found the questions were not unreasonable and also were open. “They are not, on the face of it, hostile. For example, the judge says, ‘We sometimes find that both sides are wrong’.

The second issue occurred when opposing counsel, Miss Tuck, interrupted Miss Staunton to refer to some evidence she considered relevant. Miss Staunton said that “directing the witness to a page they are not even party to could be seen to be attempting to corrupt the witness evidence”.

Judge Snelson objected to this accusation and, with Miss Tuck apparently upset, there was a short adjournment, but the barristers resumed the case with nothing more said.

However, the following morning, Judge Snelson returned to the matter and asked Miss Staunton if she was withdrawing her allegation and then asked for an apology. It was clear from the transcript that he kept interrupting her attempts to explain and at one point shouted at her.

The judge’s unhappiness was also reflected in the written ruling.

HHJ Shanks said: “It is accepted that, on any basis, it would have been inappropriate for Miss Staunton to say that Ms Tuck was attempting to corrupt the evidence. On the basis of what I have described earlier, it seems to me that the interruption made by Ms Tuck may therefore have been a justified interruption.

“In those circumstances, the employment judge’s behaviour – although he resorted to raising his voice and shutting out Miss Staunton, and what he said in… the judgment was certainly not ideal – was perhaps understandable.”

Judge Snelson’s ruling also criticised Miss Staunton’s approach to the case and suggested that she did not allow herself sufficient time to cover all the issues in her written submissions despite having ample time to do so during the course of the hearing.

HHJ Shanks said: “When looking at all that, it is clear that the employment judge formed a dim view of Miss Staunton’s conduct of the case. He cannot be criticised for forming such a view.

“I think it is fair to say that he may have gone a bit far and a bit hard… particularly the suggestion… that Miss Staunton had been lazy, and he may have said more than he strictly needed to about her conduct.”

But this did not show a real possibility of bias, he continued. “It is common for concerns of judges about the process and about counsel’s conduct to be raised and set out in a judgment, particularly after a long case.

“And one has to bear in mind that the judge does not really have anywhere else to raise these concerns; writing to heads of chambers, still less writing to the Bar Standards Board, does not get very far, in my experience.”

In any event, “hostility shown towards an advocate is not to be equated with hostility towards a party”, HHJ Shanks said.