No plans to monitor whether insurers pass on whiplash savings, says government 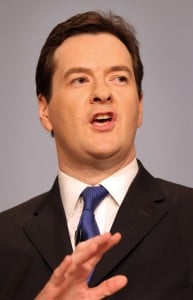 Osborne: government expects savings to be passed on

The government will not be monitoring insurance companies to ensure that they pass on to policyholders the savings they make from its planned personal injury reforms, a minister has admitted.

Just after Christmas, the government announced that leading insurers have committed to giving customers 100% of the savings, as Chancellor George Osborne had demanded in the Autumn Statement.

Asked in Parliament by shadow justice minister Andy Slaughter what “mechanism” will be used to ensure this happens, economic secretary to the Treasury Harriett Baldwin replied: “The pricing of insurance products is a commercial matter for individual insurers in which the government does not seek to intervene.

The December press release only named Aviva and LV= as making such a pledge.

Announcing the reforms in the Autumn Statement, Mr Osborne said: “This will end the cycle in which responsible motorists pay higher premiums to cover false claims by others. It will remove over £1bn from the cost of providing motor insurance and the government expects the insurance industry to pass an average saving of £40 to £50 per motor insurance policy on to consumers.”

“When it comes to forcing the insurers to pass on the millions of pounds they will save to the consumer paying the premiums, they rely on volunteers. Those who are going to benefit here are the insurers and their shareholders…

Mr Jones said that Association of British Insurers reports showed that the cost of claims have reduced 29% in the last five years and yet the average premium rose 9.2% in the 12 months to September 2015, with Direct Line and Admiral have paid out £1.65 billion in dividends over the last three years.

According to the newly released Confused.com car insurance price index, motorists were hit by the highest quarterly increases in five years, with premiums up 7% in the last quarter of 2015 to stand at £672.