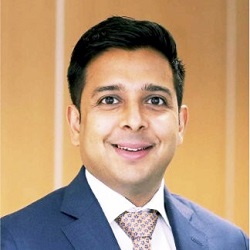 BT is renewing and expanding its partnership with global managed services provider Factor, in a “complete synergy” which had allowed the telecoms giant to outsource “more and more complex problems”.

Prash Mehta, transformation and projects director for legal and regulatory at BT, said the relationship enabled it to respond quickly to changes in its team of over 200 lawyers.

Meanwhile, Chris DeConti, head of strategy at Factor, said its work for UK-based companies had “more than doubled” in the past two years.

Mr DeConti described the UK legal services market as the “most mature in the world” in its appetite for innovation, particularly for more complex work.

“There is significantly more willingness here in law firms and client organisations to embrace new ways of doing things. In US legal markets, there is more frequent clinging to the status quo.”

Mr DeConti said the concentration of providers, expertise and clients in London was a big factor behind this willingness, and the liberalisation of legal services ownership rules with alternative business structures was more “a reflection of this attitude” than a reason for it.

He said when in 2013 BT began outsourcing some lower complexity contracting to a more process-driven, outsourced model operated by Factor, formerly Axiom Managed Solutions, that in itself was seen as innovative.

Since then, Mr Mehta said the relationship had evolved into a “complete synergy”, enabling BT to “transfer more and more complex problems” in a way it could not do 10 years ago.

“It’s not just about outsourcing, it’s a partnership,” he said. “It is working because it is based on mutual understanding. We will see how far we can take it.

“We want to push the boundaries, keep improving the way we operate and streamline operations.”

Factor will be working with BT’s four customer-facing units – consumer, enterprise, global and Openreach – from its centres in Belfast and Wroclaw, Poland.

Mr DeConti said the ambition for the over 50 Factor staff working with BT was for them to “integrate so deeply that there is not much distinction between their staff and our staff”.

He said the pandemic had “opened people’s imaginations about how you can work together without physically being in the same space”. Factor and BT were “always in a different physical location” and the pandemic had only “brought us closer together”.

The war between Russia and Ukraine had created a “fast-moving situation” with BT receiving “a lot of help” from panel law firms.

He added that there was a lot of “attrition” of staff in every market at the moment and Factor could provide cover “at any given time” by people who “understand our business”.