No end to flood of complaints about CMCs as total rises above 15,000 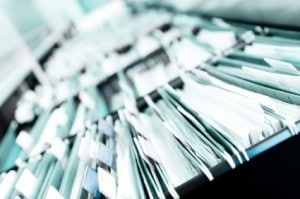 Almost half CMC complaints were about fees

The number of complaints to the Legal Ombudsman (LeO) about claims management companies (CMCs) is gathering pace and passed 15,000 in the first nine months of last year, it has emerged.

LeO reported in November that it received 9,000 ‘contacts’ about CMCs during the first six months of 2015 – a far higher total than expected.

However, the latest figures for the nine-month period to October show that the average monthly figure was now around 1,680 – taking the total to over 15,000. The vast majority of complaints, 95%, were about financial services rather than personal injury or employment, and of those most were about payment protection insurance.

The number of cases accepted for investigation by LeO almost doubled during the period from August to October, from 648 to 1,325.

LeO warned that there had been a further “significant increase” in cases over the last few months.

A spokesman said the recent increase was caused by the closure of a large CMC, causing “a spike” in complaints. “We’re continue to see the impact of this. We have also seen a general increase in complaints across the board and this can be attributed to our awareness-raising campaigns.”

LeO said 775 complaints were resolved in the first nine months of last year. Compensation was awarded in 13% of cases, fees refunded in 12% and fees limited or waived in 19%.

Almost half of complaints, 46%, related to fees, while 18% were concerned with delay, failure to progress cases or keep clients updated.

The figures come as LeO’s governing body, the Office for Legal Complaints, has agreed a new performance plan, which it has discussed with the Legal Services Board (LSB), to tackle falling standards in handling complaints about lawyers.