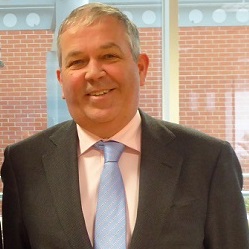 Gosnell: Retainer was limited to carrying out the conveyancing

A law firm was not under a duty to investigate a client’s agent in a property sale, who turned out to be a struck-off solicitor jailed for theft, the High Court has ruled.

His Honour Judge Gosnell, sitting as a High Court judge in Leeds, said now-defunct Surrey law firm Philip Moody & Co was not obliged to question the “wisdom” of appointing Philip Anthony Devereux Englefield as agent “nor to advise on additional matters” beyond the scope of its retainer.

Her mother Kathleen was introduced to Mr Englefield by her late husband’s accountant. The parties agreed that Kathleen believed Mr Englefield “was a solicitor and she placed her trust and confidence in him”.

Unbeknown to anyone at the time, Mr Englefield had in fact been struck off in 1991 for stealing £900,000 from his firm’s client account. He was convicted of theft and a served a six-year prison sentence.

HHJ Gosnell said Mr Englefield agreed to assist in the sale of a London property previously owned by Mr Lennon and “act as some sort of interface” between the Lennons and Philip Moody & Co, which was handling the conveyancing.

Following the sale of the property for over £1.25m, the law firm took the money for its fees, the estate agent’s fees and other expenses, and transferred over £1.21m to Mr Englefield’s company.

The judge said the Lennons received only £216,200. They later obtained summary judgment against Mr Englefield and his company for over £2.1m, but nothing had been received.

The claim in Lennon and another v Englefield and others [2021] EWHC 1473 (QB) [1] was against Philip Moody & Co, the personal representatives of the late Mr Moody, and Rachel Elizabeth Bourne, a former partner who handled the conveyancing.

Michelle Lennon was the main claimant. She argued that Ms Bourne should have investigated the status and background of Mr Englefield and should have advised her that, by transferring the money to him, she was acting to her own disadvantage.

Counsel for the law firm argued that the retainer “did not include advising on the wisdom of dealing through Mr Englefield as some sort of agent” and its duties were limited to the conveyancing of the property.

HHJ Gosnell said the fact that Mr Englefield was described as “a legal adviser and facilitator” on his letterhead, and not a solicitor, did not put Ms Bourne under a duty to investigate him.

“In my view her retainer was limited to carrying out the conveyancing connected with the sale of the property and she was not asked to investigate Mr Englefield’s background or financial history.

“She was entitled to accept that the client was entitled to choose her own facilitator. The investigation of Mr Englefield was not reasonably incidental to the work she was carrying out.”

For the same reason, Ms Bourne was not under a duty to investigate his company.

HHJ Gosnell said Ms Lennon’s strongest argument was that Ms Bourne lacked formal confirmation from her that the struck-off solicitor was authorised to act as agent, but the judge found as a fact that he had “actual authority”, so this did not matter.

The solicitor was also not required to advise her client that sending the proceeds to Mr Englefield’s client account would be less secure than a solicitor’s.

“If the vendor’s solicitor is given clear instructions where to send the proceeds of sale, in my judgment it is not part of her retainer to proffer advice to the client about the commercial wisdom of the step they have instructed her to take.

“In my judgement Ms Bourne was not obliged to question that wisdom nor to advise on additional matters beyond the scope of her retainer.”

HHJ Gosnell said it followed that the negligence claim must be dismissed.

On causation, the judge added: “Sadly being a solicitor does not mean that it is impossible to be dishonest. Solicitors unfortunately sometimes misappropriate money from their clients, although I accept only a small minority do.

“Mr Englefield is a case in point. Being a solicitor did not prevent him stealing £900,000 from his clients account in 1991. The fact that the money was held in a solicitor’s client account at that time did not provide any additional obstacle.”

Even If Mr Englefield had been a solicitor with indemnity insurance, fraud and dishonesty were permitted to be excluded under SRA minimum terms and conditions and usually were.

HHJ Gosnell agreed with counsel for the law firm that, even if the claimant had succeeded on liability, the court “would have to find that the loss incurred fell outside the scope of the solicitor’s duty”.