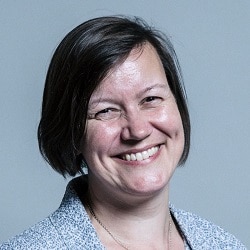 Hillier: Justice system is besieged on all sides

The Ministry of Justice (MoJ) faces “significant risks across the full range of its services, without a clear sense of prioritisation”, MPs on the influential public accounts committee (PAC) have warned.

Huge backlogs that have built up are causing “unacceptably long waiting times for people to access justice”, they said, and the MPs had little confidence in the MoJ’s ability to reduce them.

Covid-19 has exacerbated existing difficulties, leaving the justice system facing “unprecedented pressure”, according to a report on the key challenges facing the department.

The PAC said the MoJ was managing a “complex portfolio” of 15 major projects, including court reform, prisons building and a new probation system all at “critical stages” of development.

“The ministry was unable to tell us how it planned to prioritise its efforts as it manages significant change in every part of the system alongside an expected increase in demand as government implements its plans for 20,000 new police officers and sentencing reforms start taking effect.

“The ministry and its agencies welcome the significant uplift in the 2020 Spending Review, which included £4bn for new prison places and £119 million to support the justice system’s recovery from the pandemic, but recognise that this is against a backdrop of deep funding cuts over many years.”

The PAC recommended that, in the absence of clear priorities, the MoJ “should set out what contingencies it has if it encounters difficulties delivering its change programmes”.

The MPs said they had “limited confidence” in the MoJ’s plans to reduce the backlog in the court system – particularly in the criminal courts, where the backlog was growing before the pandemic.

“But the ministry and [HM Courts and Tribunals Service] could not tell us what level of outstanding caseload is, in their view, acceptable. It is therefore not clear to us what the ministry is aiming for in its plans to reduce the backlog.

“What is abundantly clear is the impact that delaying access to justice has on victims and witnesses, who in some cases find themselves waiting years to access justice.

“There is a risk that the ministry is overly relying on the potential of technology to manage the increased demand in the court system, without yet having a clear understanding of how the rapid expansion of remote justice impacts on court users or justice outcomes.”

The PAC said it expected a letter within a month setting out the MoJ’s plan, “including clear projections and timeframes”, to reduce the backlogs.

The committee was also critical of the continued failure to have a “firm grip” on the data needed to understand how effective the court reform programme was or its impact on users.

It highlighted major concerns too the MoJ’s ability to manage the prison estate and the “clear signs of strain on people working across courts and tribunals, prisons and probation services”.

Committee chair Meg Hillier MP said: “Victims and witnesses waiting in limbo because of the long waits for a day in court mean justice is too often being delayed to the point of being denied.

“The prison estate is creaking and the new prison building programme is still years off completion. The promised extra 20,000 police will create more work for courts and prisons and put more pressure on an already severely overstretched system.

“Our justice system is besieged on all sides and it is not clear the MoJ has a firm grip on this challenge even with a desperately needed funding boost. This isn’t justice for victims, offenders, taxpayers or society.”