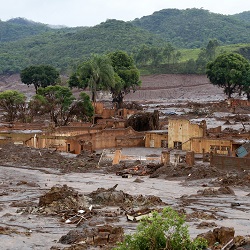 The Court of Appeal has reinstated a £5bn claim that a High Court judge struck out because it risked becoming “the largest white elephant in the history of group actions”.

The court overturned Mr Justice Turner’s finding that the case was “irredeemably unmanageable” and thus an abuse of process, deciding that even if it was, that was not a reason to consider it an abuse.

While doubting that any case could be unmanageable, the appeal judges said it was too early in these proceedings to have reached that conclusion.

In 2015, the Fundão dam in south-eastern Brazil collapsed and over 40m cubic metres of iron ore mine tailings were released into the Doce River. The resulting pollution was catastrophic.

Some 202,600 individual, corporate and institutional claimants contend that the defendants – ultimate owners of one of the joint venture partners operating the dam – were liable. The claimants, represented by group action firm PGMBM, are not a homogeneous group.

In November 2020, Turner J acceded to the defendants’ application to strike out the claim, saying the proceedings amounted to a clear abuse of process, particularly because of the claimants’ “tactical decision to progress closely related damages claims in the Brazilian and English jurisdictions simultaneously”.

Turner J predicted that “unremitting cross-contamination of proceedings would lead to utter chaos in the conduct of litigation in both jurisdictions” and that the task facing the managing judge in England would “be akin to trying to build a house of cards in a wind tunnel”.

But in a unanimous judgment, Lord Justice Underhill – vice-president of the Court of Appeal’s civil division – Lord Justice Popplewell and Lady Justice Carr overturned his ruling on all grounds.

“Whilst a properly arguable claim may in principle be abusive if it is (clearly and obviously) pointless and wasteful, the judge’s error in relation to the manageability of the litigation infected his conclusion on whether that was the case here; his reasoning that there was nothing to be gained by the claimants in the English courts was premised fundamentally on his (unjustified) view that their claims here were unmanageable.”

The judges said they had “considerable doubts as to whether proceedings can ever truly be said to be ‘unmanageable’”.

They went on: “But putting that question to one side, unmanageability does not fall within any of the abusive mischiefs identified in the authorities…

“Here the claimants are bringing properly arguable claims against the defendants in this jurisdiction as of right. Even if the proceedings were unmanageable due to complications arising out of parallel proceedings in Brazil, or because of other procedural complexities, that would not mean that the court process was being misused, whether vexatiously, oppressively or otherwise.”

The court added that “for the avoidance of doubt”, a case could be an abuse of process if, for example, “a claimant had deliberately made the litigation unmanageable with vexatious consequences for the defendant, thus misusing the court process”. But that was not the circumstances here.

Further, the claimants had provided the court with “clear illustrations of case management options” and it was unreasonable to expect more definitive proposals at such an early stage of proceedings.

“The proper time for considering how to manage would be at a case management conference before the assigned judge.

“Significantly, by that stage the parties, represented by sophisticated litigators experienced in the field, would have been obliged fully to co-operate in putting forward case management proposals.”

It was possible that, later on, some individual claims may need to be reviewed in light of events in Brazil, but that did not make them abusive.

The appeal court noted that the defendants were not involved in the Brazilian proceedings, continuing: “We do not in any way seek to discourage claimants from engaging with whatever opportunities properly exist for them in Brazil: that is something on which they must make their own decisions, with the benefit of legal advice where available.

“Our conclusion is simply that the remedies available in Brazil are not so obviously adequate that it can be said to be pointless and wasteful to pursue proceedings in this country.”

There was, the court said, “a realistic prospect of a trial yielding a real and legitimate advantage for the claimants such as to outweigh the disadvantages for the parties in terms of expense and the wider public interest in terms of court resources”.

PGMBM managing Partner Tom Goodhead said: “This is a monumental judgement that means the victims of the worst environmental disaster ever seen in Brazil are a step closer to justice.

“BHP is a multinational that generates huge profits in the regions where it operates, and it is only right that they are held directly accountable in the UK. The days of huge corporations doing what they want in countries on the other side of the world and getting away with it are over.”