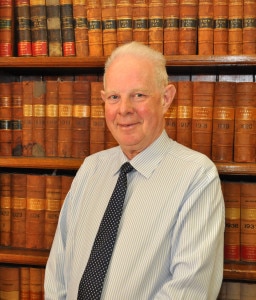 Lord Thomas: “we must start again” for Online Court

The Lord Chief Justice has predicted that the use of fixed costs will be extended gradually and not in “one big bang”, which people would find “uncomfortable”.

Speaking to MPs on the justice select committee this morning, Lord Thomas also said that litigants bringing cases to the new online court, designed for use by non-lawyers, may be allowed “minimal legal assistance”.

Lord Justice Jackson revealed detailed plans last month which would impose a “grid of fixed costs” [2] on all civil claims worth up to £250,000.

“The fixed costs regime is something we ought to expand,” Lord Thomas said, answering questions from MPs on his annual report [3].

“I suspect the way to deal with fixed costs is an incremental rise, and not just one big bang. I think people would find that uncomfortable and we would need to monitor how it’s working.”

However, he added: “Fixed costs do work in other legal systems, and there is a lot to be said for them. It concentrates people’s minds on keeping costs proportionate.”

On the online court, the Lord Chief Justice opened the way for an extension of the £25,000 upper limit proposed by Lord Justice Briggs in his interim report [4].

Although Lord Thomas accepted that £25,000 was “a lot of money”, he said that if the limit worked, “we can push it upwards”.

Lord Thomas said he was “very optimistic” that the online court “can provide a solution” to the disproportionate cost of litigation. “Many of us feel that the current civil justice rules are too complicated – they’re designed for lawyers – so we must start again essentially for the online court.”

He said the online court would enable people with “minimal legal assistance or without lawyers” to bring cases. The LCJ said that in some cases people did need “legal assistance, but at a cost proportionate to the sums in issue”.

Lord Thomas made it clear that new primary legislation would be needed to set up the online court.

He added that the potential problem of ‘digital exclusion’ was “a serious one” and allowance would be made in the budget for the online court for help to be provided to those people who found access through the digital portal difficult.

On diversity, the Lord Chief Justice apologised to the committee for the absence of a section in annual report on social mobility. He admitted that the judiciary did not keep statistics on the issue, and said he would think about how social mobility was being addressed.

The LCJ said he was “very concerned” that “we haven’t got it right” when people first enter the judiciary, and questioned whether advocates were being favoured at the expense of those with less experience.

“You need to compensate for differences in the careers people have pursued and some people’s comparative lack of experience. We must enable people to compete on a level playing field.”

While he believed the judiciary was “on track” in terms of gender balance, Lord Thomas said the lack of BME lawyers remained “a huge problem across the profession and the judiciary”.