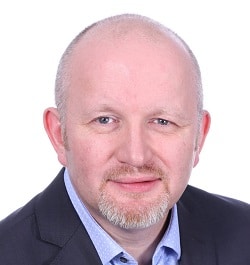 Jackson: The profession has move on culturally

A niche law firm referral network set up last year by Peterborough solicitors has increased its members from 30 to 245.

Duncan Jackson, head of BUCKLESconnect, said the network specialised in French and Spanish law, and acted as an “international department” for many member firms.

Unlike regional law firm networks, such as Fusion Legal in the East Midlands, BUCKLESconnect specialises almost entirely in French and Spanish law and probate. The network launched in April 2016 with 30 members.

“Culturally the profession has moved on from where it was just a few years ago,” Mr Jackson said. “Law firms are open to business in a way nobody would have anticipated.

“If a lawyer doesn’t service clients’ needs, they will go elsewhere. We are helping law firms service those needs, by providing a service they can’t offer.”

Like the regional networks, Buckles agrees not to contact clients referred by its members. It charges referral fees at a fixed percentage, and refers some of its own work to member firms.

Mr Jackson said 60% of the work carried out by the network was French and Spanish law, 20% pure probate, 10% contentious probate, 5% planning and 5% construction.

Geographically member firms stretched across the UK, including those in the Harper McLeod network north of the border. In terms of size, three-quarters of firms were at least as big, or bigger, than Buckles, which has 18 partners and 64 other fee-earners.

As well as France and Spain, Mr Jackson said BucklesCONNECT had relationships through the network with “virtually every country in Europe” as well as New York, California, Jamaica, Hong Kong and the UAE.

He said the network also had relationships with LawShare, a network run by Manchester firm JMW, and HubLegal, based in Hull and run by FBC Manby Bowdler.

Mr Jackson said the network made use of currency dealers to help ensure law firms got the best deal for their clients.

“If you’re sending several hundred thousand pounds to a different jurisdiction, 1 or 2% can be a lot of money. It’s even more important to get better value with Brexit. You don’t always get a good deal from the bank.”

Mr Jackson, head of private client services at the law firm Buckles, said the law firm has also expanded, from 60 lawyers in 2016 to 80. It has offices in Peterborough, Nottingham and Stamford, and opened an office in London last summer and plans to open another in Cambridge next spring.

Mr Jackson said London was “quite an insular market”, with a lot of clients who did not want to travel beyond the M25, but it was still buoyant, despite Brexit.

He said Buckles did not want to be a 500-partner law firm where everyone “was a number”, although it did want to expand geographically, while keeping its focus on serving SME clients and offering them a combination of commercial and private client advice.