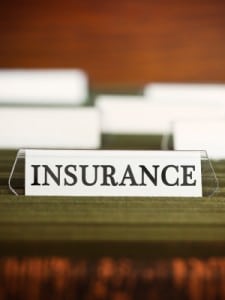 A defendant insurance law firm is to join forces with commercial claims handlers and loss adjusters within an alternative business structure (ABS) to provide an outsourced service to insurance companies for professional indemnity claims.

Triton received its ABS licence from the Solicitors Regulation Authority (SRA) this week. Triton Global will acquire the business of RSL, although the new entity will trade as Robin Simon LLP.

RSL’s website describes Triton Global as its “service company” which has “created a series of close associations with other businesses geared to the provision of services to the professional indemnity and insurance sector. These businesses are separate brands in their own account but work in close collaboration with RSL when circumstances permit”.

RSL managing partner and the ABS’s head of legal practice, David Simon, who co-founded the firm with Michael Robin in 2003, said in some cases people within the group had worked with each other for 10 years, adding: “It’s a sort of friendly takeover by the corporate member so as to continue the law firm business, but doing so in conjunction with the other businesses as well.”

The group will function as a holistic outsourcing option for insurance companies, said Mr Simon: “It’s geared to the defence of professional indemnity claims; the one-stop service will be for insurers so they can have everything dealt with on an outsourced basis when one of their policyholders gets into bother and has to deal with a claim.

“The idea is that a mixed service of insurance professionals, claims managers, lawyers and adjusters will handle the whole thing for a single price on a single contract, instead of them having to instruct lots of different professionals to handle them.

RSL had been “talking about it for a long time”, he said. “When the Legal Services Act was passed, we said ‘right, that enables us to do what we’ve wanted to do for years’.”

The firm was “tremendously enthusiastic”, said Mr Simon. He had explained to the lawyers that after joining the ABS they would gain from becoming employees within a company environment and would continue doing much the same thing day to day, “but there will be opportunities to work alongside other professionals” within the ABS.

The firm will maintain the title of partner “because that is a sort of badge which is understood in the market, in the law courts and so forth”, he added.

Meanwhile, Welsh high street firm Jeffreys & Powell, which has offices in Brecon and Llandrindod Wells in Powys, has acquired its ABS licence in order to promote office manager Christopher Morris upon the retirement of partner Joanne Deveney. Mr Morris is the ABS’s head of finance and administration.

Partner and head of legal practice, Sian Morris, who has headed the firm’s probate department since 1990, explained that she had persuaded Ms Deveney to delay her retirement until the ABS licence came through, in order to “avoid falling foul of sole practitioner regulations”.

However, now the firm had its licence, she was considering “going into a multi-disciplinary [practice] with either our accountants or one of the estate agents”. But having just emerged from an ABS application that took 10 months and “was very drawn out, time-consuming, and complicated”, she was not inclined to “go into [another process] just now”.