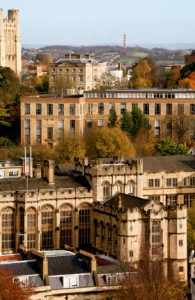 A West Midlands corporate transactions law firm that has advised on deals worth more than £20bn has become a Solicitors Regulation Authority-regulated alternative business structure (ABS).

Meanwhile, a law practice working within a leading Bristol property services group has received its ABS licence from the Council for Licensed Conveyancers (CLC).

Stuart Hodge Corporate Lawyers in Birmingham, which specialises in buying and selling companies and offering corporate finance and tax structuring advice in the UK and overseas, said moving to an ABS was a “natural response to the changing regulatory landscape”.

Managing partner Robert Hankin said he and senior partner Mark Hodge – a former Nabarro lawyer who started the niche firm more than 10 years ago – were “delighted” to receive ABS status. Mr Hankin said “in the immediate term” the licence gives the firm the opportunity to promote non-lawyer Emma Barrett to member status.

Ms Barrett, a former executive officer at the British Medical Association who was then responsible for negotiating the roll-out of NHS trusts and consultants’ contracts, is the firm’s head of finance and administration.

In the medium term, ABS status may create “opportunities for future expansion and development of its core service offering”, said Mr Hankin.

In Bristol, Ocean Property Lawyers (OPL), which works within eight-branch estate agency group Ocean Property Services, has converted to an ABS from its previous incarnation as a CLC-approved multi-disciplinary ‘recognised body’.

OPL director Jon Aldous, a solicitor and licensed conveyancer, told Legal Futures that the process was made easier by the fact that the firm had 12 years’ experience of managing potential conflicts of interest and as a recognised body was already “known to the CLC”.

He explained: “In applying for ABS status we’ve had to convince the CLC in great detail – in a way we didn’t have to do with the old recognised body set-up – that those conflicts are something we can manage.”

However, he described the application process as “fairly time consuming” and revealed that at one point in the process OPL was alarmed to be told by the CLC that if an ABS licence was not granted by the 6 October 2012 deadline for transition from recognised body status – a deadline that was last month extended into 2013 – it would have to cease trading. “I think they had a bit of a bottleneck of these applications”, Mr Aldous said.

OPL’s three legal branches – soon to be five branches – across Bristol provide conveyancing, wills and probate services and work closely with Ocean’s estate agents as a ‘one-stop shop’. The group also has in-house mortgage advisors, surveyors, and lettings and property management businesses. Not all of OPL’s work is generated by Ocean’s estate agency, although it is “a lot more than half”, he said.

Ocean, including indirectly the ABS, is owned by an individual, managing director Paul Rex Harris, who is named as a manager of the ABS with Mr Aldous and another director, Kirstie Wilkins. Mr Harris’s LinkedIn profile says: “Since 1983 and from a tiny office on Gloucester Road, myself and a strong management team have grown Ocean into Bristol largest independent estate agency. We have strong local values that have created a unique business culture which we believe has created the success.”