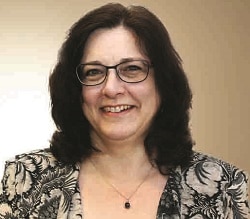 The Legal Ombudsman (LeO) has appointed Rebecca Marsh as its new Chief Ombudsman.

Ms Marsh is currently the executive director of operations and investigations, as well as deputy ombudsman, at the Parliamentary and Health Service Ombudsman (PHSO).

She will join LeO in January to replace Kathryn Stone, who leaves in early December to take on the role of Parliamentary Commissioner for Standards. In the interim period, LeO’s director of operations, Simon Tunnicliffe, will become Chief Ombudsman.

Wanda Goldwag, chair of the Office for Legal Complaints – that body that oversees LeO – said: “Rebecca brings a strong background in complaints, investigation management and leadership, together with relevant understanding and context for the role from her work at PHSO.”

In a statement, LeO said that, during her time at PHSO, Ms Marsh led “a significant change programme in the way the ombudsman works, with a core focus on service improvement and effective delivery”. She was also previously a commissioner at the Independent Police Complaints Commission for 10 years.

Ms Marsh said: “I am very pleased, and indeed proud, to have been appointed as the new Chief Ombudsman. I am looking forward to bringing my passion and commitment to ensuring high-quality outcomes in everything that we do.”

In LeO’s annual report, published last month, Ms Stone said the organisation has to improve its performance, as it lagged badly on the speed with which it dealt with complaints.

But she also said that “in the past there has been an over-emphasis on speedy resolutions with quality perhaps being sacrificed as a result”.