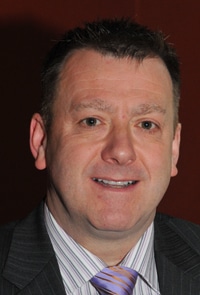 “Prudent” solicitors not on HSBC’s new panel may “rightly be reluctant” to accept the terms of the undertaking they are required to give if they are to act for buyers with HSBC mortgages, the Solicitors Regulation Authority (SRA) has advised.

Countrywide Property Services, which is managing the panel, requires firms to sign a lengthy undertaking. Guidance from the SRA obtained by the Bold Group, a network of high street law firms, highlighted issues such as incurring personal liability – for example, by agreeing to pay interest charged by the lender if funds are returned – or guarantee matters that are outside the solicitor’s remit, such as having to ensure that the assumptions made by the lender’s valuer are correct.

However, it is “too simplistic” to suggest that always giving the undertaking demanded will put solicitors in breach of the Code of Conduct, the SRA said. It suggested that ultimately this was a matter for the Law Society to deal with in its representative function.

Meanwhile, some members of the Bold Group will this week put up posters, distribute leaflets and contact local media to warn consumers that HSBC’s decision to launch a panel made up of just 42 conveyancing practices will, in their view, restrict their freedom of choice and also damage “the future prospects for local law firms and could affect the vibrancy of high streets across England and Wales”.

Bold Group founder Rob Hailstone said: “This campaign is gathering momentum; the only thing that will stop some degree of success is apathy. I believe with the right amount of lawyers backing it, it could also obtain the support of estate agents, brokers and some of the general public.”

The dramatic drop in the number of law firms in the assigned risks pool last year was not caused by a rush of practices shutting their doors ahead of the 1 October insurance renewal deadline – as some had speculated – new SRA figures have shown.

September is always the peak month for closures because of professional indemnity renewal; but only 134 did so in September 2011, compared to 300 the year before.

There were 53 firms in the assigned risks pool immediately after renewal (compared to 409 in 2010) and that number has now been whittled down to around 30.

National law firm Irwin Mitchell has announced the appointment of a second non-executive director as it continues with its preparations to become an alternative business structure (ABS).

Mel Egglenton, former UK senior independent partner at accountants KPMG, will join the board of Irwin Mitchell Holdings Ltd and will chair the audit committee, subject to the approval of the firm’s ABS application and of his appointment.

Irwin Mitchell’s group chief executive, John Pickering, said: “Mel’s experience as a former chair of KPMG’s audit committee will be invaluable to us as a firm and this is a move which again signals our clear intention to take advantage of the opportunities we think will arise from becoming an ABS.”

Mr Egglenton said: “The legal sector is changing fast and Irwin Mitchell is very much at the forefront of that change. I share the view of the firm’s management with regards to the scale of the opportunities that will arise through a move to ABS.”

lly for post-merger integration (PMI) or face a considerable risk of failure, delegates at Monday’s 360 Legal Group mergers and consolidation summit were told.

Sally Calverley, a former commercial litigator and now a merger and takeover adviser to 360 Legal Group clients, painted a bleak picture of the success rate of mergers. In the corporate world 70% fail, she said.

Ms Calverley advised that to ensure successful PMI, firms have to address such issues as establishing ground rules; working out who needs to know what, and when; the availability of PMI expertise; setting challenging targets for the new entity; budgeting for merger; staff issues, such as fairness in redundancies; realising that building personal relationships is difficult; and communicating “well and often”.

Also at the conference, Viv Williams, founder of 360 Legal Group, warned middle and lower-end law firms to be realistic about their value in the marketplace. They should expect no value to be placed on goodwill. Firms that become limited companies are best able to demonstrate profitability and attract a valuation based on a multiple, he explained.

A small number of the 800 new apprentices that the Co-operative Group is seeking are for Co-operative Legal Services, it has confirmed.

Making the announcement to mark this week’s National Apprenticeship Week, the Co-op has pledged to double its number of new apprentices it hires this year, and a spokeswoman told Legal Futures that up to 10 of them would be for CLS. They are part of the 150 new roles for which CLS is currently advertising.

Meanwhile, City law firm Kennedys has become the latest to launch an apprenticeship programme, offering A-Level leavers the chance to join the firm as a legal administrator.

The programme is made up of two phases: a one-year introductory apprenticeship followed by a two-year advanced apprenticeship, with qualifications via the Chartered Institute of Legal Executives. At the end apprentices will be able to become litigation executives with the firm.

Dr Patricia Greer will next month join the Law Society in the new role of chief of corporate affairs, with responsibility for policy, communications and stakeholder engagement.

She will be one of three new senior staff members reporting to chief executive Des Hudson in the society’s new management structure. The other two – for commercial affairs and organisational services – have yet to be appointed.

Dr Greer joins from the National School of Government, where she is strategic director for client relations and director of delivery. Her experience includes a range of senior private and public sector positions including four years as deputy director of the Prime Minister’s strategy unit and 10 years with leading management consultancies including KPMG and PA Consulting.

Lee Davies has been named chief executive of the Chartered Institute of Patent Attorneys (CIPA). He succeeds Mick Ralph, CIPA’s secretary, who retires next month after 39 years with the institute.

Mr Davies joins from the Institute for Learning, where he was deputy chief executive.

CIPA president Tim Roberts said Mr Davies’s background in both professional regulation and education will be of real benefit to CIPA.

“Patent attorneys are still adjusting to being independently regulated. Under the new regulatory environment, continuous professional development is mandatory. Provision of forward-looking education and training is one of CIPA’s most important functions. Lee has shown that this is an area where he can really add value to our services to members.”

Mr Davies said he will rely heavily on CIPA’s committees. “Members of any professional institution contribute a lot more when they feel engaged.”

As reported on Legal Futures in December, the Intellectual Property Regulation Board is preparing to apply to become an ABS licensing authority.