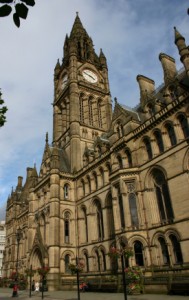 City firm Kennedys is considering whether to use alternative business structure (ABS) status to fund the development of an innovative claims-handling system that it is currently trialing with a client.

The product, known as KLAIM, allows clients to commoditise the handling of claims that settle quickly. Though the trial is being conducted with a corporate client, the system could be used by insurers – of which Kennedys has many as clients – in so-called third-party capture, where insurers try to settle claims by third parties against their policyholders quickly and before the involvement of a solicitor on the other side.

Chief executive Guy Stobart said that while clients would pay a fee for using the system, there was “an element of a sprat to catch a mackerel” as Kennedys was looking to be instructed on more complicated contested matters.

Kennedys has to become an ABS anyway because it is a legal disciplinary practice with non-lawyer partners, and Mr Stobart said they will need external finance to develop the system and roll it out – he said the firm is looking to sell it overseas as well, with companies in Hong Kong among those to have shown interest. Other products are also being considered.

Currently, solicitors closing down their practice have six years of run-off cover from their last insurer, after which any further claims are currently dealt with by a scheme managed by the Solicitors Indemnity Fund (SIF), and funded collectively by the entire profession. The SIF scheme will expire in 2017, exposing those who retire this year, but the society has urged the SRA to extend it until 2020.

In a statement, the society said: “A three-year extension is considered advisable at this time as the society needs to work further on the details of any extension with the SRA and SIF regarding the extent of any future cover and how it will be funded. A limited extension is desirable in terms of availability of SIF reserves and predicting claims development. The SRA may also need to consult on any future levy that may be required from the profession in order to support an extension of cover.”

Law Society chief executive Desmond Hudson said: “We are keen to work with the SRA on this matter, which is of paramount importance to retiring solicitors. Any solicitor retiring this year or in the future will have to foot the bill themselves should a claim emerge beyond 2017 after their six-year contractual cover expires. A three-year extension will give retiring solicitors some peace of mind in what are for many, uncertain times.”

An SRA spokesman said: “We note the society’s views. The issue is currently under consideration by the SRA and we would expect to make a decision by the end of March.”

m launched in conjunction with luxury lifestyle group Quintessentially in 2010.

The firm also announced that it is in talks with a global brand and business consultancy over a possible joint venture to offer legal advice to the consultancy’s predominantly Asian-based clients looking to bring capital and business into the UK.

Managing partner Kevin Gold said: “With so many high-net-worth clients that themselves constitute the equivalent of multinational companies, we can see a market to service them as such, with an offering that goes beyond their legal needs. This will be dependent on us finding the best people in their field, but we are confident that we can attract the talent we need.”

Manchester’s legal sector is worth around £1.4bn a year but growth has flatlined over the last couple of years, according to new research by professional services lobbying group pro.manchester.

The survey found that employment in the legal sector has fallen by 12.5% from the peak in 2007 to around 11,600 in 2011, mainly at the expense of non-fee-earners. The ratio of fee-earners to non-fee-earners increased from 49% of staff numbers to 54%.

John Ashcroft CEO of pro.manchester said “The legal sector faces significant challenges as a result of low economic growth and structural changes. We have already seen the merger of Pinsent Masons and McGrigors with further consolidation by merger a distinct possibility.”

The Bold Group has stepped up its campaign against HSBC over its new restricted conveyancing panel by launching a government e-petition calling for it to put pressure on HSBC to reverse its decision.

The petition – which needs 100,000 signatures to be considered for debate in Parliament – has received around 600 signatures in its first few days. By way of comparison, the petition started by the Solicitor Sole Practitioner Group last October against ABSs has still got less than half that number.

Bold Group founder Rob Hailstone said: “The reason for doing this is that in nearly 40 years of being involved in the business of home buying and selling, I can’t recall an issue that has struck such a raw nerve with so many property professionals and that will adversely affect the home buying and selling public.”

The SRA is running focus groups as part of its consultation over whether to scrap the minimum salary for trainee solicitors. The groups cover two days, with the first day for employers and the second day for trainees and students. Each daily session takes place from 6-8pm.

They will take place at: