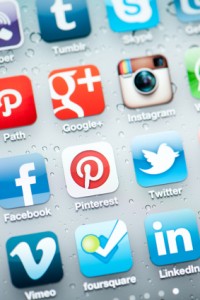 London firm Fisher Meredith has overturned a wasted costs order estimated at around £100,000 over the adjournment of the hearing in a divorce case.

In Fisher Meredith v JH and PH [2012] EWHC 408 (Fam), the district judge had decided that the firm, which was acting for the claimant wife, was responsible for the adjournment.

It turned on a preliminary issue in the financial remedy proceedings over whether the transfer of shares by the husband after the couple separated should be set aside. The husband argued that the beneficial interest in the shares was owned by a third party, and the district judge decided that the claimant wife should have joined the third party to the action at an early stage and that the failure to do so had led to the adjournment, following the guidelines laid down in TL v ML.

As a result, “the findings and criticism made against Fisher Meredith are wholly untenable,” the judge ruled.

The solicitors’ profession is continuing its relentless expansion, with the number of law firms now at a record 11,182, figures from the Solicitors Regulation Authority have shown.

The current number is made up of 32% sole practitioners, 29% partnerships, 24% incorproated companies and 14% limited liability partnerships.

The Legal Services Consumer Panel has backed Bar Standards Board (BSB) plans to relax two key rules on public access: abolishing the rule that prevents a client who may be eligible for legal aid to instruct a public access barrister; and doing away with the prohibition on barristers with less than three years’ practising experience from accepting public access instructions.

In line with earlier panel feedback, the BSB has amended the proposals to ensure that clients fully understand the decision about whether to apply for legal aid or whether to proceed with public access, and that barristers should refuse to do the work where it is in the client’s best interests.

Scottish law firm Inksters may be the first UK law firm to ‘pin’ at Pinterest, the firm has said.

Pinterest is the growing social networking site that allows users to organise and share things they find on the web by ‘pinning’ images.

The firm – which was the first in Scotland to embrace both Twitter and YouTube – has initially created four pin boards: two on properties it is marketing for sale, one on its staff and one on its new branding.

Founder Brian Inkster said: “Solicitors should embrace new methods of communication in the way that any other business does. At Inksters we have s

een real benefits from communicating via Twitter and YouTube. Pinterest is simply a further evolution of social media use since we started that journey more than three years ago.

“The next stage of our Pinterest use will be to share relevant items of interest that others are pinning. Solicitors were, on the whole, slow to tweet but it has now become more common place for them to do so. I am sure the same will be true of pinning.”

Inksters’ pin boards can be viewed at: http://pinterest.com/inksters.

Neil Hudgell Solicitors, the Yorkshire law firm that last year set up the website www.webuyanyfiles.com to acquire business from practices looking to shed personal injury (PI) work ahead of alternative business structures and the Jackson reforms, has unveiled its first deal of 2012.

It bought the personal injury and clinical negligence caseload of Peterborough firm Carters, a former member of the QualitySolicitors network, which is shutting the practice. Last year Neil Hudgell bought three legal practices outright as part of its aim to double in size over three years.

Carters partner Paul Halifax said: “The offer from Neil Hudgell Solicitors allows us to access costs from claims that would otherwise be inaccessible for months to come.”

The Inner Temple has launched a groundbreaking work experience scheme to encourage social mobility and diversity in the profession.

In association with 42 partnering Chambers and three charities working in the field – Pathways to Law, Social Mobility Foundation and Warwick Multicultural Scholars Programme – the Pegasus Access Scheme will match high-achieving students from under-represented backgrounds in the profession with the chambers for formal mini-pupillages.

James Dingemans QC, chairman of the Inner Temple outreach committee and head of 3 Hare Court, said: “No one institution can address all of the issues surrounding social mobility and access to the professions, but everyone has a responsibility to do what can be done to break down any potential barriers to entry.

“Inner Temple is working with, and on behalf of, the profession to address some of these barriers. The aim is to ensure that talented students from any background can reach their full potential at the Bar.”

Fee income at the UK’s top 100 law firms increased by 7.2% in the three months to 31 January compared with the same period last year, according to the latest quarterly legal sector survey from accountants Deloitte.

The increase is less than that seen in the previous quarter (9.8%); the strongest growth was achieved by the ‘26-50’ category of firms, which achieved a 9.9% increase in fee income.

Higher revenues have been largely driven by an average increase in fee-earner headcount of 5.2% and a 2.8% rise in chargeable hours per fee earner. “The figures suggest firms have continued to face pressure on rates,” the firm said.

The results for the nine months ended 31 January 2012 show an increase in fee income of 6.5%. With firms forecasting a similar level of growth in the final quarter, an overall annual fee income increase of between 6% and 7% is anticipated, although the survey found sharp disparities between individual firms’ performances. Firms are more cautiously budgeting for 4-5% growth.

Jeremy Black, partner in Deloitte’s professional services group, said: “Litigation continues to perform well, whilst corporate revenues remain lacklustre. Furthermore, those with a presence overseas, particularly in Asia, are able to bolster their performance in light of a more stagnant domestic market.”